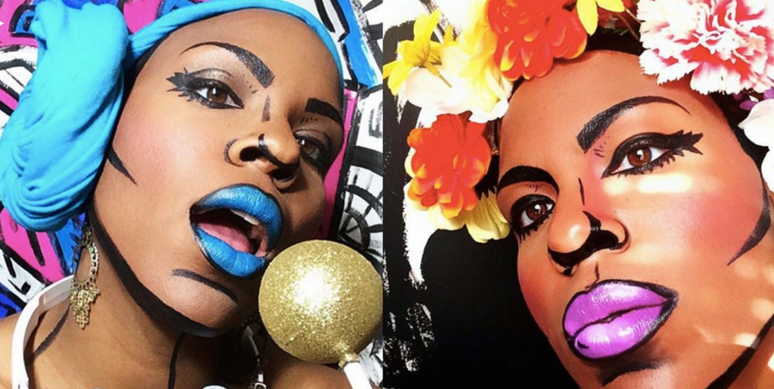 Eyeliner may be intended to make eyes pop, but one woman uses it to turn herself into pop art.

“I was flipping the Internet when I came across Alexa Meade’s artwork, where she transforms people to look like 2D living paintings,” Rodgers told Mashable in an email. “At the same time, I was looking at iconic photos of my spirit animal Grace Jones. So naturally, in my head, I thought, ‘I wonder if I can paint myself to look like Grace Jones?'”

With the help of a friend, she did.

This first photo shoot was a catalyst for Rodgers’ new passion.

“I was shocked with the result,” she told us. “I was having fun with this, so I continued [to do it] on my own. I was curious as to how far I could take this and I haven’t stopped since.”

Rodgers does all of the makeup on herself. She has yet to paint another person but hopes to in the future.

Rodgers’ color choices for the original Grace Jones shoot were limited to black and white due to the resources she had available. While she paints in many colors now, she owes her resourcefulness to the lack of options she’d had in the beginning. 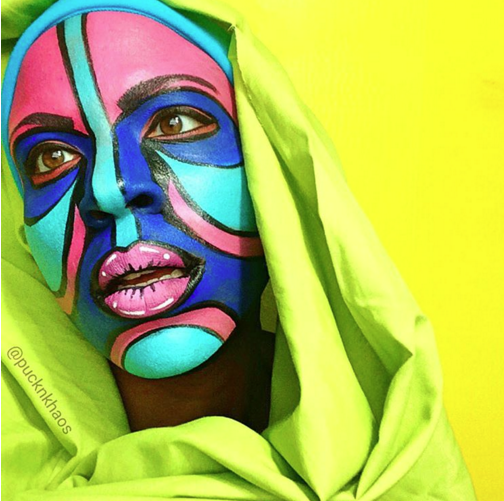 “I am so happy I started out with two colors, for the fact that I didn’t want to get paralyzed to make a decision on color combinations if I had 50 colors to choose from,” she said. “Now that I’m a little more seasoned, I’ve been slowly adding more color to my content, testing out brands, and how opaque the color is on my skin.”

Turning herself into living art is time consuming, but it’s also a labor of love. Her average look takes between one and two hours. 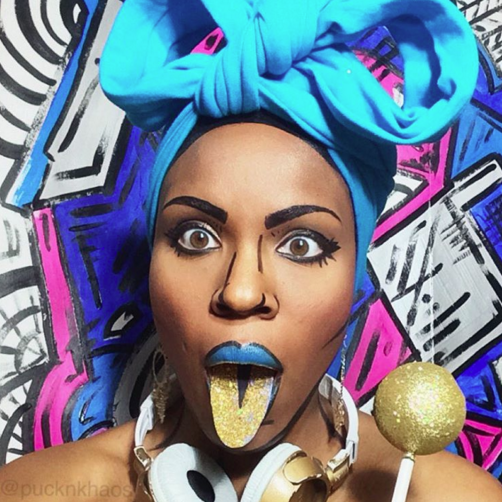 “The longest I’ve gone was three hours, and it was on this piece I call ‘Stealth Mode,” she told Mashable. “I almost tapped out three or four times trying to accomplish this. And yes, I created the background as well. I realized after this piece, that this is a bit of an endurance craft.”

Rodgers’ ultimate goal is to get to the “Kay Pike comic book level” of body painting, referring to a popular Instagram body artist.

We can’t wait to see what she comes up with next.