Home Quote of the Week Week of July 26 – Tape Recorder 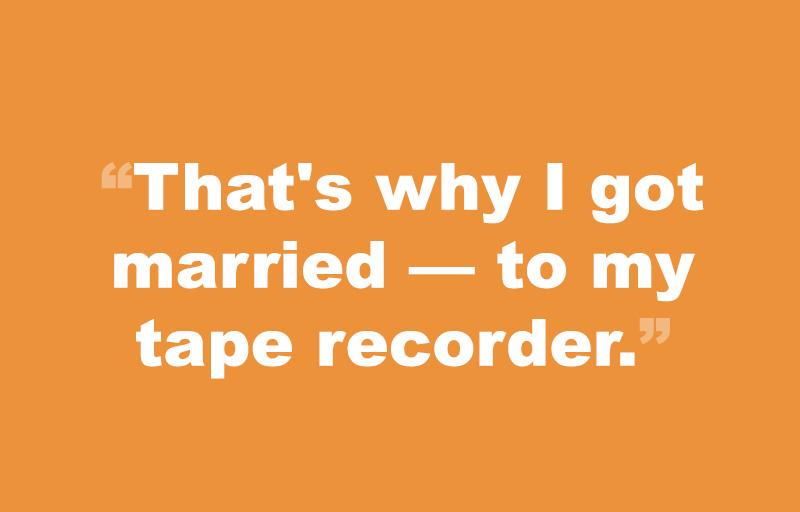 “I have no memory. Every day is a new day because I don’t remember the day before. Every minute is like the first minute of my life. I try to remember but I can’t. That’s why I got married — to my tape recorder.” – Andy Warhol (The Philosophy of Andy Warhol)

In 1964, Andy called his tape recorder his wife, in which they were married for 10 years. When he had a thought, he recorded it. It gave him analysis for discussing and resolving issues – emotions called “problems” that meant a good tape.

As said by Andy in The Philosophy of Andy Warhol:

“The acquisition of my tape recorder really finished whatever emotional life I might have had, but I was glad to see it go. Nothing was ever a problem again, because a problem just meant a good tape and when a problem transforms itself into a good tape it’s not a problem any more. An interesting problem was an interesting tape. Everybody knew that and performed for the tape. You couldn’t tell which problems were real and which problems were exaggerated for the tape. Better yet, the people telling you the problems couldn’t decide any more if they were really having the problems or if they were just performing.” 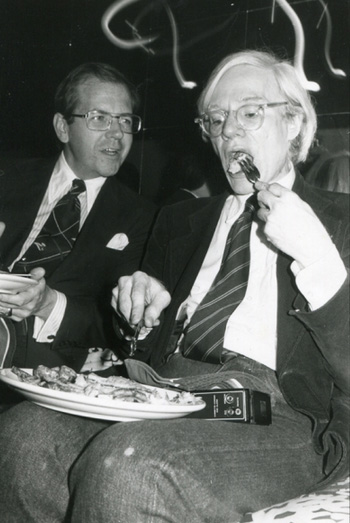 Andy Warhol and friend at a party with his recorder, ‘My Stoney Silver’ (Bob Colacello, 1981)