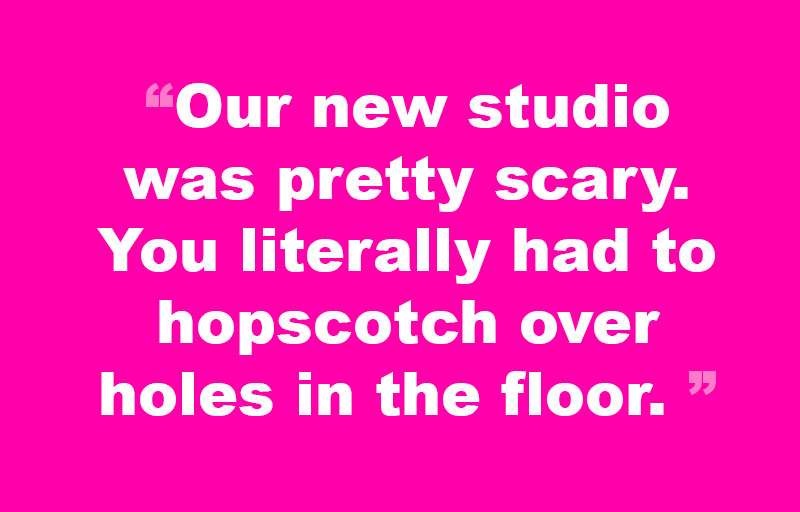 “[New studio] was pretty scary. You literally had to hopscotch over holes in the floor and the roof leaked. But we didn’t really notice all that much, we were busy getting the Elvis and the Liz Taylor silkscreens ready to ship out to California. One night that summer there was a terrible thunderstorm and when I came in the next morning, the Elvis’ were sopping wet — I had to do them all over again.” – Andy Warhol

In 1963 Warhol established a studio in an abandoned fire station in East 87th Street and hired Gerald Malanga, a young poet, to assist him with his screenprinting. It was there that he began work on a head of film star Elizabeth Taylor and a full-length portrait of Elvis Presley. The image of Elvis was taken from a publicity still for the film Flaming Star 1960 (Twentieth Century Fox).

The image was screenprinted twenty-eight times in black paint onto a roll of silver-painted canvas in various combinations. 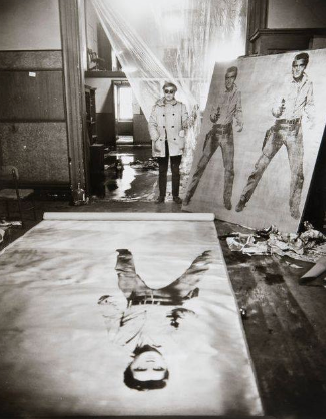