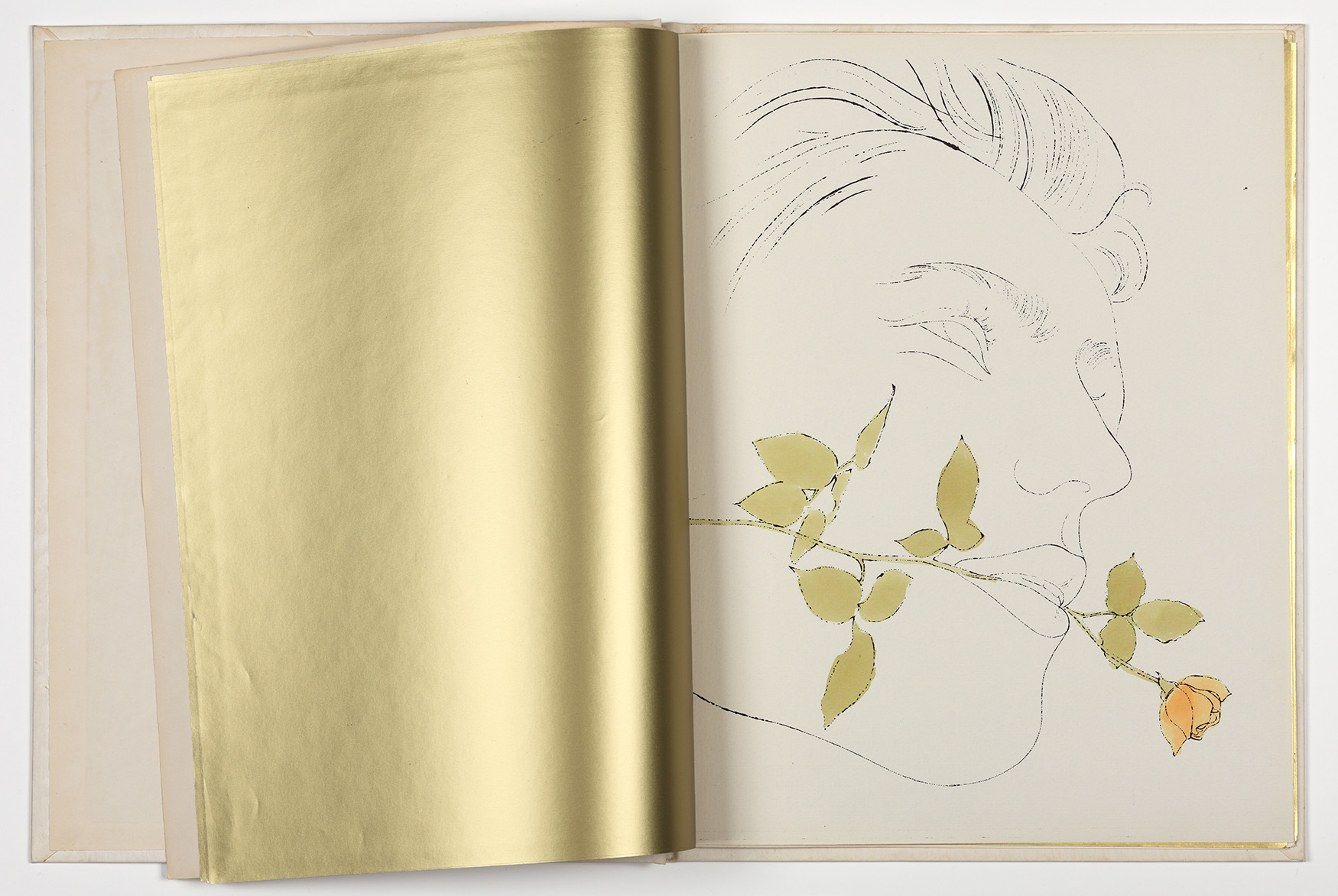 The top floor of the Williams College Museum of Art (WCMA) currently stands as a gripping testament to the dazzling ingenuity of Andy Warhol. The new exhibit Warhol by the Book displays the canonical work of the maverick artist and trend-setter through the original lens of his affinity for books, filling the greater part of the museum’s top floor with a selection of books illustrated by Warhol, alongside some of his more well-known prints and photographs.

The exhibition possesses a distinctly reverent tone and, according to WCMA Security Supervisor Nancy Gwozdz, viewers’ reactions reflect this tone. “People are amazed,” Gwozdz said. “They’re amazed by how much we have here. A lot of people didn’t realize how involved Warhol was with books. And when they come here they are just amazed.”

The description at the entrance of the exhibition begins, “Andy Warhol’s books are an important but overlooked facet of his creativity. This is the first exhibition in the United States to examine this significant body of work, and presents nearly all of Warhol’s book projects, from his early days as a student through his years as a pop culture icon.”

The illustrations are incisive, often cheeky and always beautiful. Despite being teasing in tone, they each manage to be movingly delicate. Even the almost teasingly explicit “Four Reclining Male Nude Torsos,” displayed at the back of the first and biggest display room, retains an endearing elegance. Of the four phallic sketches, two are raw biological expositions, while two transition into the realm of still life due to the additions of a tulip in one and strewn seashells in another. In fact, the delicacy of Warhol’s line in these sketches is such that they appear no less innocent than their neighboring series about “Velvet the Poodle.” Velvet stands in ink, regarding viewers with a sidelong glance under exaggerated eyelashes, a real pink ribbon attached to her coquettish curls and with the caption “Velvet’s my name.” It is truly impossible to obstruct Warhol’s work from affecting you in some way, which is most likely to be tender laughter. To stand before the endearing genius of his work and know the tragedy of his personal life must grip even the least malleable of viewers.

The curation of the exhibition reflects the tensions and contradictions of Warhol’s life with careful sophistication. Different media stand side by side; humor lies next to angst, delicacy next to raunchiness, sadness next to whimsy. Some sketches are presented in parts and some in full, with a case showing an entire book next to the hung separate illustrations and an iPad with magnified images of each work. It could not be a more fitting ode to the dexterous modernity of Warhol.

While the first room contains an intimate mix of smaller and lesser-known prints, photographs and books not unlike an oversized cabinet of curiosities, the next three rooms include better known and more ostentatious prints. The second room has at the back his famous Marilyn Monroe prints, commanding the room with their acrylic color and familiarity. Opposite these works stands the showy “Blue Movie,” a screen print on silver Mylar produced from 1928-87. The work billows with a hazy, hypnotizing quality by virtue of its medium. It transports viewers into a removed futuristic metallic world. Mirroring the Marilyn Monroe prints in the next room are three prints of one of her greatest confidantes, Truman Capote. The author languidly holds a cigarette in his mouth, his trademark piercing blue eyes standing opaque and empty. Next to the prints are candid photographs of Warhol’s companion in 20th-century genius. Like the prints of Monroe, these works express the tragedy of tortured genius, mirroring the trend of Warhol’s own existence.

The final room prompts a flight change in tone, with illustrations of books about the Beatles and prints of Hans Christian Anderson and Goethe, of similar dimension and color scheme as the Monroe and Capote works, accompanied by smaller sketches and prints. Indeed, each corner of the exhibition surprises with a further delight or awe-inspiring exposé. It’s an exhibit that all would be privileged to view even if for a second; its richness will satisfy any and every visit. Cathy Place, a guard for the exhibition, expressed exactly this sentiment. “Every time I come in I look at another section and see things I’ve never seen before,” she said. “I’m enjoying it. I didn’t know much about him other than tomato soup.” This exhibition proves that there is indeed, a great more to Andy Warhol than the image of a can of Campbell’s tomato soup. It will show until Aug. 16, giving all plentiful time to be captivated by its treasures.