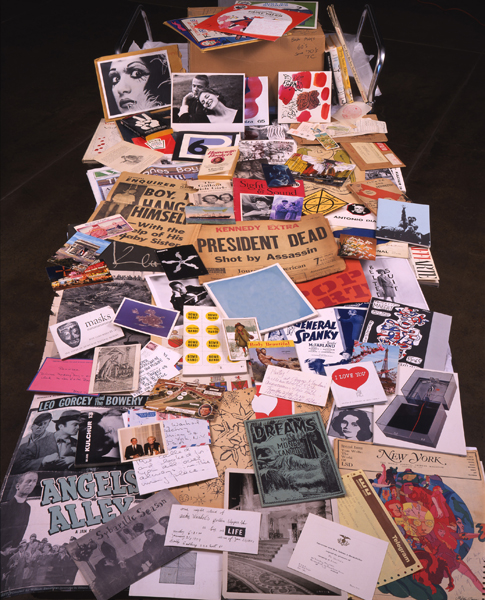 “Took a few time capsule boxes to the office. They are fun—when you go through them there are things you really don’t want to give up. Some day I’ll sell them for $4,000 or $5,000 apiece. I used to think $100, but now I think that’s my new price.” – Andy Warhol (The Warhol Diaries)

One man’s time capsules is another man’s treasure.

He filled his four-story townhouse and a nearby storage unit referred to as “Andy’s Stuff”; however, the true extent wasn’t discovered until his death. Pittsburgh’s Andy Warhol Museum has 641 boxes of his Time Capsules – a valuable archive of Andy’s time, life and personality.

As said by the Andy Warhol Museum:

Andy Warhol’s Time Capsules were almost completely unknown until his death in 1987. Although various studio assistants frequently handled the boxes over the years, few people recognized the enormous mass of material as anything other than “Andy’s stuff.” With the opening of The Andy Warhol Museum in 1994, the Time Capsules became accessible to curators, scholars and the general public, revealing new and important information about Warhol’s life and expanding the public’s understanding of his work and practice.

What do you think of Andy’s hoarding habits?