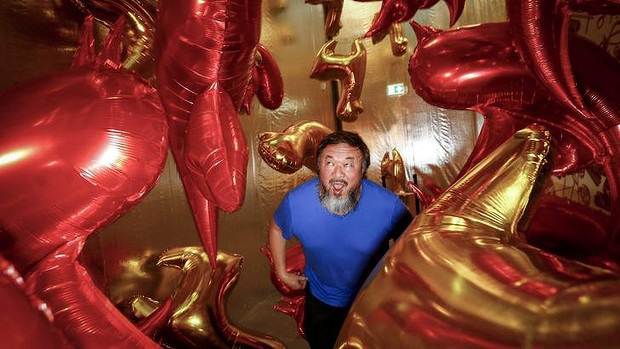 The National Gallery of Victoria’s Andy Warhol / Ai Weiwei​ exhibition has smashed summer attendance numbers for the gallery, according to figures released by the state government.
The gallery welcomed its 300,000th visitor to the exhibition this week (outstripping the almost 227,000 that visited its Jean Paul Gaultier exhibition in 2014-15), a record for a ticketed exhibition. It comes as the London-based The Art Newspaper ranked it number 21 in the world in its global gallery visitor rankings, with self-reported figures placing four of its exhibitions among the world’s most popular and three in the top 10 of contemporary exhibitions worldwide, alongside the Centre Georges Pompidou​ in Paris and the Museum of Modern Art in New York.

However, the NGV’s contemporary exhibitions were the only free events in the international top 10.

Another, a video installation by American artist Ryan Trecartin which was housed in a gallery on level three of the International building, drew 4716 visitors a day, according to the report. The NGV’s exhibition of British artist David Shirgley’s work topped the list with 5602 daily visitors.

A spokeswoman for the NGV said gallery attendances were calculated by counters at the entrances of both buildings and for non-ticketed exhibitions were “based on general gallery attendance numbers during the duration of the exhibition”. Asked if that meant numbers were an estimate, she did not respond. The gallery also did not elaborate on how those visitor numbers were measured within individual gallery spaces.

It is notoriously difficult to compare attendances across different gallery and museum markets because there is no one formula to count the numbers. Some galleries, including the NGV, rely on security staff clicking people-counters as visitors walk through the door, others are so small and poorly staffed there may be times when no one is available to do the count. Ticketed shows are the safest bet for accurate figures but are far from the norm in institutions outside the major cities.

The PGAV recently completed its annual survey of 50 member galleries and museums across the state, and found that 5.4 million people visited public galleries last year, the bulk of them (2.3 million) going to the National Gallery of Victoria. State and national galleries Australia-wide were likely to have more similar data collecting methods than small, regional institutions, she said.

The attendances for Andy Warhol / Ai Weiwei​ were not included in The Art Newspaper’s findings, which measures visits by calendar year. While Warhol / Weiwei​ is the most successful ticketed summer exhibition for the NGV so far, it is still short of its record-breaking Winter Masterpieces shows of The Impressionists (380,000 in 2004) and Monet’s Garden (around 342,000 in 2013).

The Art Newspaper’s visitor figures report also looked at the David Bowie Is exhibition, which came to the Australian Centre for the Moving Image from the Victoria and Albert Museum in London. According to the report, the exhibition was a tough sell for overseas galleries at first, but gained momentum after Bowie’s surprise 2013 album release. ACMI’s season was the most-visited of the touring galleries after the V&A, with 200,000 visitors.