Home Scoop Warhol and the Story of Punk 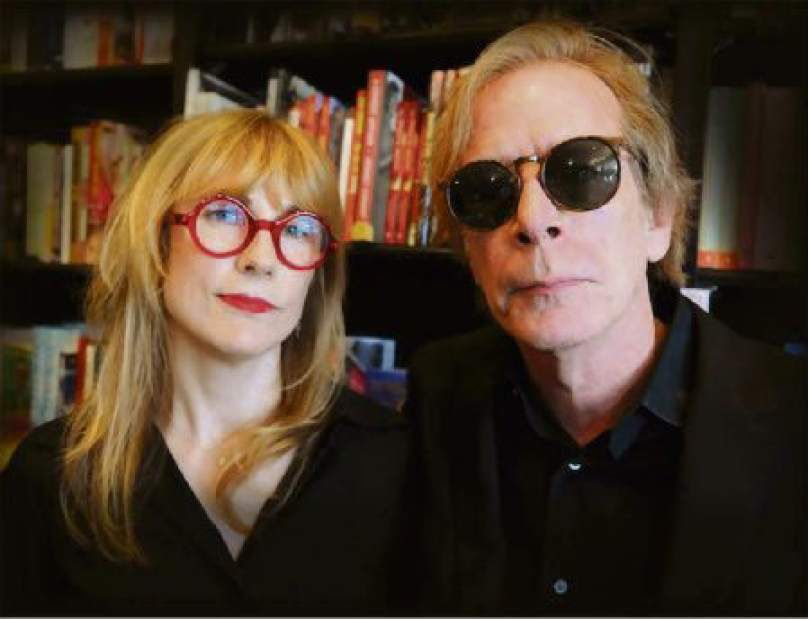 Punk rock didn’t even have a name when Legs McNeil started writing about it in 1975. In fact, he probably gave it the name. Punk magazine was his era-defining publication of comics and music that gave the nascent movement some of its first coverage.

“Yeah, when I named the magazine that, it was pretty easy,” McNeil recalls. “It’s what people called me my whole life. Also, it was a real popular term on TV. You had to call the bad guys something, and you couldn’t swear on TV at the time.”

Telly Savalas, on “Kojak” was fond of yelling “You lousy punk!” at various miscreants.

Decades later, McNeil and Gillian McCain would write “Please Kill Me: The Uncensored Oral History of Punk,” which is easily one of the best histories of punk rock — or any music. They did it by tracking down everybody still alive (heroin and hard living had claimed more than a few of the originators) and letting them talk, in their own words.

It’s been published in 12 languages and is often credited with reviving the oral-history genre. Now, 20 years after publication, “Please Kill Me” is being reissued by Grove Press, with expanded photos, chapters and an afterword by McNeil and McCain.

Instead of bookstores, they’re doing a book tour of all the cities with Ace Hotels. They’ll be doing readings on July 18 at the Ace Hotel in East Liberty, with a Q&A and book-signing, and Michael Seamans of Mind Cure Records spinning music. Pittsburgh’s Ace Hotel opened earlier this year and has made music a focus of its programming, with frequent live performances and record players in every room.

The story of punk begins in New York City with the Velvet Underground, assembled and produced by Andy Warhol.

“(McNeil) was a big fan of the book ‘Edie,’ about the Warhol superstar (Edie Sedgwick),” says McCain, who was the program coordinator of the Poetry Project at St. Mark’s Church, where punk icon Patti Smith gave her first readings. “That set the standard for the oral-history format.”

Warhol’s influence in New York in the mid-’60s, where “Please Kill Me” begins, was inescapable. The first ripples in the pond made by the Velvet Underground would return a decade later as tidal waves on both sides of the Atlantic.

“(Warhol) was tremendously influential,” McNeil says. “Especially with the Velvets, approaching rock and roll as art. Andy had a work ethic. He’d say to Lou Reed (of the Velvet Underground), ‘How many songs did you write today?’ He’d reply, ‘I wrote five.’ Andy would say, ‘Well write five more. You won’t be young forever.’

“When you went to Andy’s parties, there were people from fashion, music, Hollywood, and they all converged at his parties. I don’t think any of us would be here if not for Andy Warhol. He kind of set the standard.”

There were other tributaries — the book makes crucial connections with the Motor City madness of Iggy and the Stooges and the focused political anger of The MC5. The locus of punk shifted back to New York City with the raw, decadent glam-rock of the New York Dolls.

Punk in New York was more sonically adventurous than its Sex Pistols-led counterparts in England. There were the buzzsawing guitars and bubblegum melodies of the Ramones, the poetic passion of Patti Smith, the minimalist synthesizer dirges of Suicide, the complex interlocking guitars of Television.

“I think it was more political in the U.K.,” McNeil says. “One other thing was how hot it was the summer punk broke, and how frustrated and dirty (London) was, there was a garbage strike. New York City seemed more about art.”

David Bowie is another recurring figure in the story of punk, though he also stood apart in many respects.

“He saved Iggy’s life so many times,” McNeil says. “He produced Lou Reed, ‘Walk on the Wild Side,’ The Stooges. I think David Bowie was an incredible patron saint of punk. He used his power and influence to get bands record deals and keep them working, and make sure it got out there.”

Punk rock’s odd durability is amusing to McNeil, as literally thousands of bands have been born aping the styles of the pioneers in “Please Kill Me.”

“They’re having fun,” he says. “Some I prefer more than others. I celebrate anybody who has the nerve to get up onstage and have the nerve to do what they’re going to do.”

McNeil and McCain aren’t sure why the book has had such staying power, but they have a few theories.

“You can pick it up anywhere and it’s hysterical,” McNeil says. “We wanted to leave it in bathrooms.”