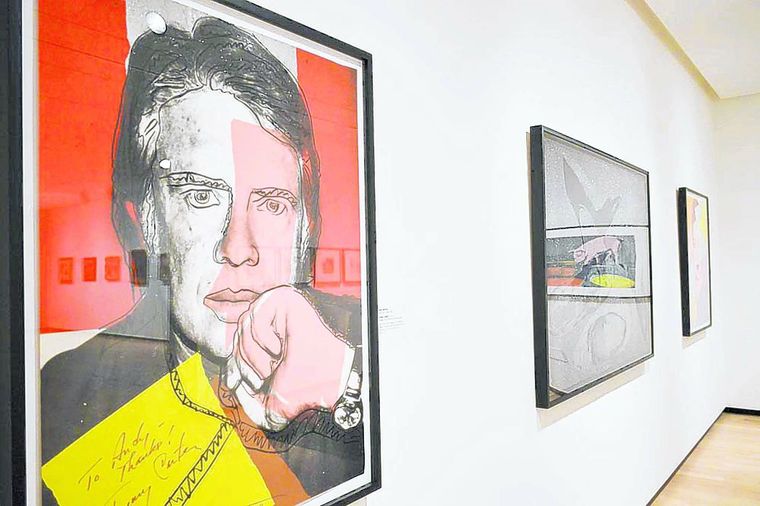 Six color silkscreen prints and five gelatin silver prints by Andy Warhol are on view in an ongoing permanent collection exhibition in the Chi-Omega—Hargis Gallery of Jule Collins Smith Museum of Fine Art, Auburn University. The Andy Warhol Foundation for the Visual Arts gifted the silkscreen prints to the museum, and this is the first time the prints have been on view since the donation.

Dennis Harper, curator of collections and exhibitions, called the artist a leading figure in the international movement known as Pop Art.

“Andy Warhol made striking use of imagery from American popular culture as subjects for his art,” Harper said. “In paintings, prints, sculptures, films and still photography, Warhol gave equal treatment to celebrities and common folks, high culture and generic taste, comedy and tragedy.”

These original prints by Warhol are the second major gift by the foundation to the museum, following a donation in 2008 of more than 150 one-of-a-kind Polaroid and black-and-white photographs. The Andy Warhol Foundation for the Visual Arts began gifting works in 2007 to educational institutions across the United States in celebration of the foundation’s 20th anniversary. The museum also has a Warhol photograph of musician John Oates wearing an Auburn T-shirt that was purchased through charitable contributions for the museum’s growing photography collection.

“Warhol wielded his camera as other artists might utilize a sketchbook, quickly recording variations on ideas for future use,” Harper said.

Harper explained these posed compositions and candid snapshots formed the basis for a body of art, which Warhol produced serially at his studio, known as The Factory.

“Photographic compositions such as the Absolut bottle, which visitors can experience during their visit, were translated by Warhol into colorful graphic prints, paintings on canvas and iconic magazine advertisements,” he said.

Other exhibitions on view include “The 1072 Society Exhibition” through Jan. 24, 2016 and “Along the Eastern Road: Hiroshige’s Fifty-Three Stations of the Tokaido” and “Indelible Impressions: Selected Works by Willie Cole” through Sunday, Jan. 10, 2016.

Admission is free courtesy of JCSM Business Partners. Visitors may access the juried outdoor sculpture exhibition, “Out of the Box,” during daylight hours along the Lethander Art Path through Oct. 2, 2016. For more information, visit jcsm.auburn.edu or call 334-844-1484.