Home Scoop Warhol and Mapplethorpe Capture Each Other 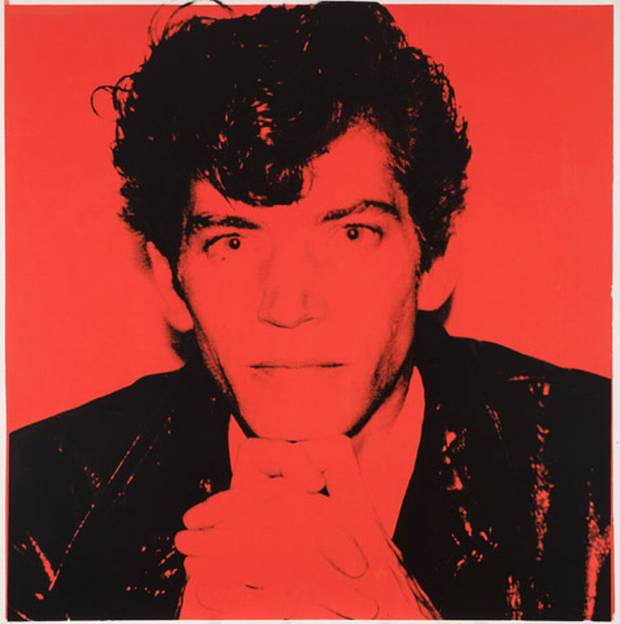 A new book, Warhol & Mapplethorpe: Guise & Dolls, published in September, features portraits and self- portraits by the two artists, both of whom challenged gender roles. It coincides with the first major exhibition to pair their work, currently at the Wadsworth Atheneum Museum of Art in Connecticut.

Included are Warhol’s Ladies and Gentlemen series of portraits of drag queens, and Mapplethorpe’s images of Patti Smith and of the female body builder Lisa Lyon. In other photographs, including Lady Warhol, 1981, by Christopher Makos (above left) Warhol is dressed in drag.

The two artists also made portraits of one another, such as Mapplethorpe’s 1987 print of Warhol on linen with four silk panels (top right); and Warhol’s 1983 black-and-red, ink-on-board image of Mapplethorpe  (bottom right).

“As contemporary artists and gay individuals, Warhol and Mapplethorpe lived, worked, and played within New York’s creative arts scene at a time when, post the Stonewall riots, newly won sexual freedoms and gender fluidity was gaining acceptance and even being celebrated,” explains the book’s editor, Patricia Hickson.

“A generation younger than Warhol, Mapplethorpe was fascinated by Warhol… he looked to Warhol as a model or mentor of sorts, before even knowing him,” says Hickson.

“He strove to achieve the same level of celebrity and fame as Warhol. Interestingly, by the 1980s, he saw himself as more of an equal and rival of Warhol, so there was a shift once Mapplethorpe made a name for himself in the art world.”