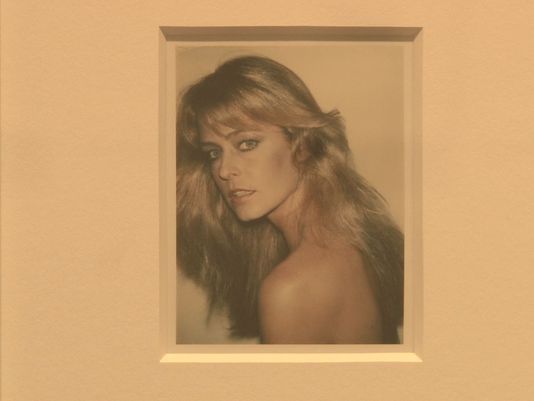 He was one of the key innovators of modern art and now, Mainers can see the work of Andy Warhol up close at the University of Maine Museum of Art.

For the first time, a collection of Warhol’s original Polaroids and black and white photographs are on display at the museum. The Polaroids are what Warhol used as studies to inspire his famous silk screen prints. The collection features shots of famous faces used for those prints including Farrah Fawcett and Margaret Hamilton- also known as the Wicked Witch of the West from the Wizard of Oz. The photographs were donated by the Andy Warhol Foundation for the Visual Arts in New York.

“This is really nice because you really get a sense of Warhol’s life in the studio. And he would often take over 200 images of one subject, like Farrah Fawcett,” said UMMA director and curator, George Kinghorn.

The exhibit runs through Saturday. You can also catch it during the Art Walk in Downtown Bangor Friday night from 5-9pm. It’s the last spring exhibit before the museum switches over to their summer exhibit season starting with “Ties to Maine,” a collection of Maine related art celebrating the 150th anniversary of the University of Maine beginning June 19th.