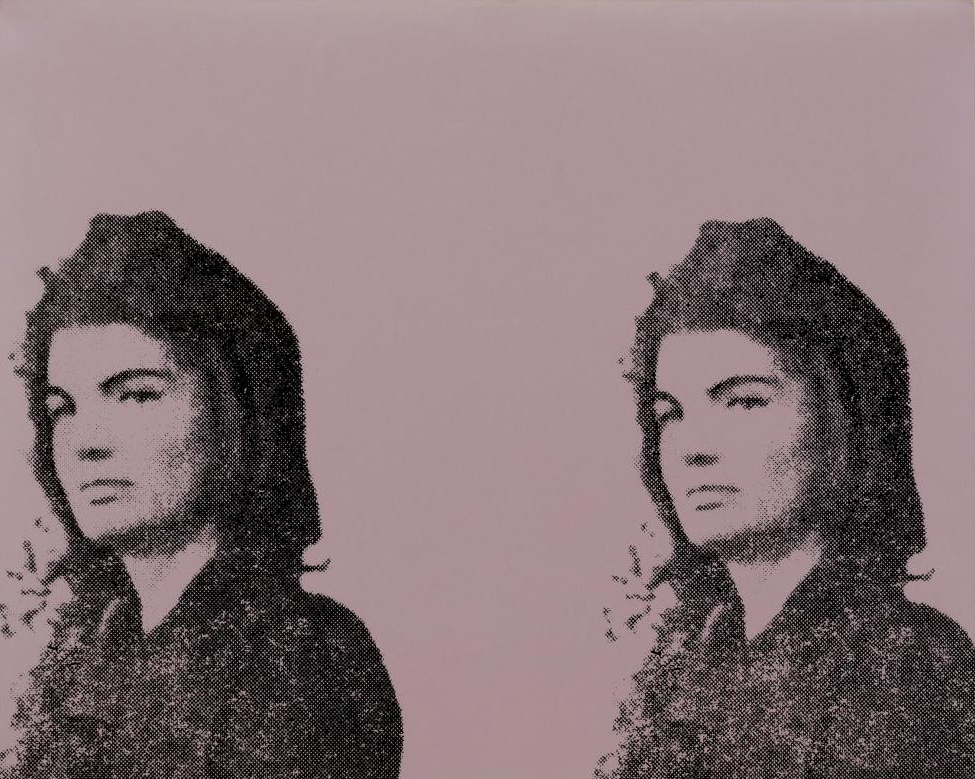 I had two conflicting responses to the exhibition “Collecting and Sharing,” a show at the Hood Museum of Art that focuses on a collection of paintings, prints, photography and furniture donated to the museum by art historians and curators Trevor Fairbrother and John T. Kirk.

The first is that Andy Warhol, whose work is widely represented in the collection, casts an enormous shadow over American culture from the 1960s through the present. His presence is everywhere in this show — as artist, subject, genius and manipulator, seer and charlatan.

If anything his influence is even greater now than he could have predicted, and he was a man who didn’t lack self-regard. In some ways he strikes me as the ultimate example of the self-made American, or the myth of the self-made man.

He was an opportunist who curried favor and dispensed it. He anticipated and mined the national obsession with celebrity. He was prolific and inventive, and also money-hungry. And who was he, really? Was there any there, there? He toyed with questions of identity long before anyone else did. So it’s fascinating to see so much Warhol here: silk screens, T-shirts, posters, photographs, memorabilia, all of which confirm his central role in American art from the 1960s on.

The second observation is that the show, and the accompanying catalogue, exemplify the advantages and disadvantages of cultivating relationships with collectors.

The show is divided into loosely organized sections that focus on goods, marks, wonders, histories, males, geometries and surfaces.

The museum has acquired some fine works of modern American and European art. There are individual gems: an Alice Neel portrait of a young man that bristles with life and intelligence. The British multi-media artists Gilbert and George’s Night Cross , a weirdly mesmerizing arrangement of postcards showing London’s Piccadilly Circus. Geometric studies by Sol LeWitt. A clever, untitled self-portrait by Robert Gober, in which Gober takes an article from Th e New York Times on the homophobia of the Catholic Church, and runs below it a photograph of himself dressed in full bridal regalia, advertising a bridal salon at Saks Fifth Avenue. Bernd and Hilla Becher’s 1974 Pitheads USA (Part II) , an arrangement of photographs — three across by five down — of abandoned mining sites that mirrors the decline of American industry in the 1980s.

The Hood has augmented the Fairbrother and Kirk show with pieces from its own collection, which do provide a context and spine that the objects on their own might not have had.

But what looks cohesive and complementary in someone’s home — Kirk and Fairbrother are partners in life, as well as in art — doesn’t necessarily look the same in a museum context. It’s a mish-mash of stuff, crowded together on the walls and in display cases. Less would have been more.

And not everything in the show is worth exhibiting. Some of the pieces are puerile, as in Mike Kelley’s pornographic reworking of scenes from American history. Or they’re wispy and insubstantial. See Hermann Nitsch’s scribbles on paper. Yet the accompanying catalogue, and explanatory wall labels, go to great pains to assure us that what we’re seeing is important.

Not every object in an exhibition has to be significant or ground-breaking, of course, and the oddities and bric-a-brac of culture say just as much about an era as its more self-conscious art and literature.

Overall, however, the show and catalogue leave the impression that the dance between institution and collector can be awkward. A flattering catalogue essay on Fairbrother and Kirk at home, and how they place their art, sounds like something out of Vanity Fair or House and Garden . Coupled with a lengthy, transcribed interview with the men, the catalogue text strikes a reader as teetering on the edge of excessive deference.

It’s informative to a degree, but also tiptoes around the quid pro quo that exists between collectors and museums. You give us this: we’ll show it. By exhibiting it and naming it as a collection, the museum increases the collection’s cultural and financial capital, and the collectors are publicly identified as benefactors. The approach can certainly yield benefits, not least because the public eventually gets to see the art. But it has its uneasy compromises, too.

One installation in the Hood show, in which we see an untitled and unframed work of black pigment on paper by Meg Webster hanging on a wall over a second-c entury headless bust on a table, looks and feels like an image out of Architectural Digest . The contrast of the modern and the antique is striking, but I’m not sure it heightens our understanding or appreciation of the works, separately or together.

But then there are the Warhols, and the pieces not directly by him, but surely influenced by him. They’re the linchpin of the collection, and the show. I don’t know that there’s another 20th century American artist who was as canny about distilling the big themes of American life in the 1960s,’70s and ’80s.

Warhol was a sponge who was able to absorb the myriad images of pop culture, which were multiplying at incredible speed in the 1960s, and shoot them back out again. He created his own American iconography — Elvis Presley, James Dean, Jacqueline Kennedy, Elizabeth Taylor — similar to that of Early Christian and Byzantine iconography. Only his saints and martyrs were the avatars of pop culture, and his relics the objects of daily life.

He remade the culture. And what he found compelling other people generally did, too. You might dislike him or his work, but you can’t ignore him.

He anticipated so many of the developments in modern American life that you’d think he owned a crystal ball. His work speaks to such tangled issues as capitalism, entrepreneurship, the question of authorship, reproduction and technology, sex and sexual politics, gender identity. Maybe he was superficial, with his emphasis on celebrity and celebration of kitsch, and there isn’t always a lot of feeling in his work, but he was surely reflecting the narrowing of American culture.

What would he have done with the iPhone, the burning towers of 9/11, the wars in Iraq and Afghanistan, the events of the past year that gave rise to the Black Lives Matter movement? Would he have pioneered a Warhol app, or had his own Youtube channel? Would he have designed a Kardashian silk screen, or would that be redundant?

Sometimes you look at the content streaming out of our phones and televisions an d think if this didn’t exist, Warhol would have invented it.

Meanwhile, just next door to “Sharing and Collecting” is a thoughtful, smaller exhibition, “The City as a Memory Machine,” curated by Laura Ogden, associate professor of anthropology, and Amelia Kahl, associate curator of academic programming at the Hood. In keeping with the museum’s role as a teaching institution, Ogden’s students will use the show as a way to look at ethnographic theory and writing.