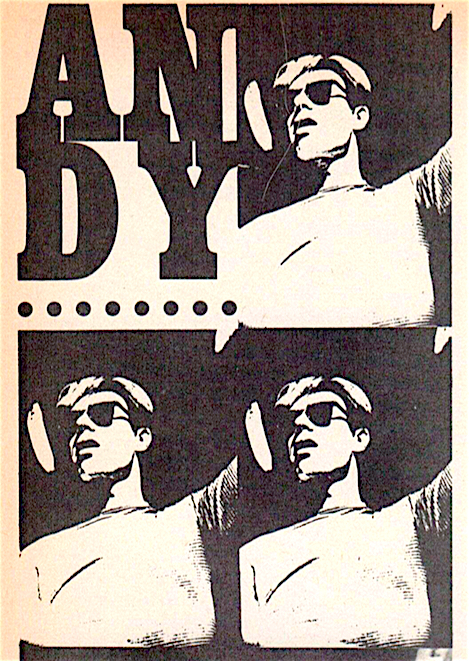 This is the lead image from a rare article printed in 1968 in a Canadian magazine called Take One, giving the backstory for one of the most famous interviews with Andy Warhol, which had been published the previous year by a young journalist named Gretchen Berg. An even deeper backstory for the Berg interview was unearthed some years ago by the archivist Matt Wrbican, wizard of Warhol studies, and has just now been republished in a new anthology of Warholian texts called “On&By Andy Warhol,” edited by Gilda Williams.

By comparing the tapes of Berg’s interview with what she published in ’67, Wrbican shows her putting many of Warhol’s most famous words in his mouth. “The artificial fascinates me, the bright and shiny” is as much Berg as Warhol, and ditto for “If you want to know all about Andy Warhol, just look at the surface.”

Of course, you could say that Warhol himself gave her total license to do her cut-and-paste: He always preferred to let others do the talking.

Even when we know that certain words of wisdom came straight from his mouth, there’s no reason to believe they ever matched what he thought. Whenever he led, he preferred to mislead.