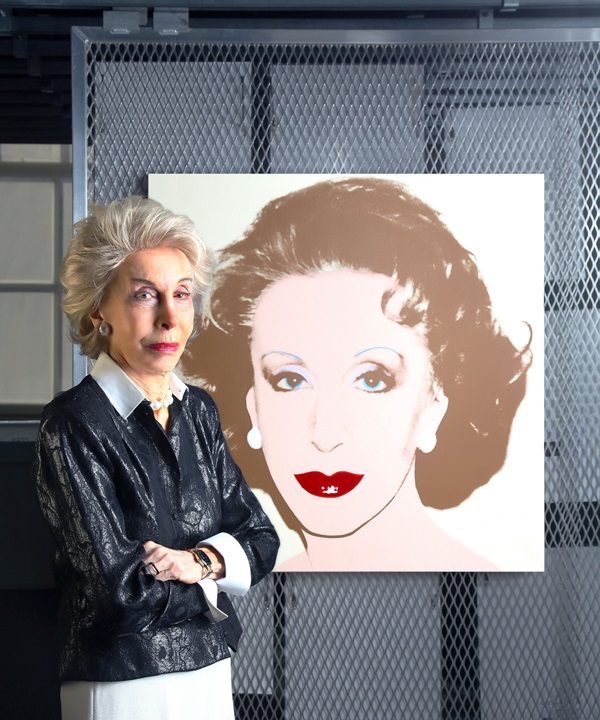 Ina Ginsburg, the Washington patron of the arts and fund-raiser who died in November at 98, befriended some of the most powerful politicians and celebrities of her era. Famously, in 1975, she held a dinner for Andy Warhol at her house in Washington, despite warnings from some of her friends.

“They said: ‘Are you crazy? He’s so controversial,’ ” Ms. Ginsburg said in an unpublished oral history. “So, naturally, I thought I’d be crazy not to give a dinner for him.”

The two went on to become friends. Ms. Ginsburg gave Warhol entrees to the powerful and famous in Washington. Warhol made Ms. Ginsburg the Washington editor of his magazine, Interview, and made silk-screen portraits of her in his “Society Portraits” series that were exhibited at the National Portrait Gallery.

One Warhol portrait (its estimated value is $200,000 to $300,000) will be among the works from Ms. Ginsburg’s art collection up for auction at Christie’s postwar and contemporary art sale on Nov. 11.

The Ginsburg collection tells something about this Viennese-born collector’s life in Washington, Ms. Paulson said. It includes an early oil on canvas from 1960 by Yayoi Kusama, who was represented by the Gres Gallery in Washington, one of Ms. Kusama’s early champions in the United States, as well as a 1965 work by Sam Gilliam, the first black artist to represent the United States at the Venice Biennale, in 1972. There are five lots in all, with a total estimate of $1 million, including another Warhol, “Diamond Dust Gem,” from 1980.

Christie’s will sell 35 lots of Ms. Ginsburg’s furniture, decorative objects and other art at its interiors auction on Aug. 25-26.