Home Sight Seeing The Shock of the Old 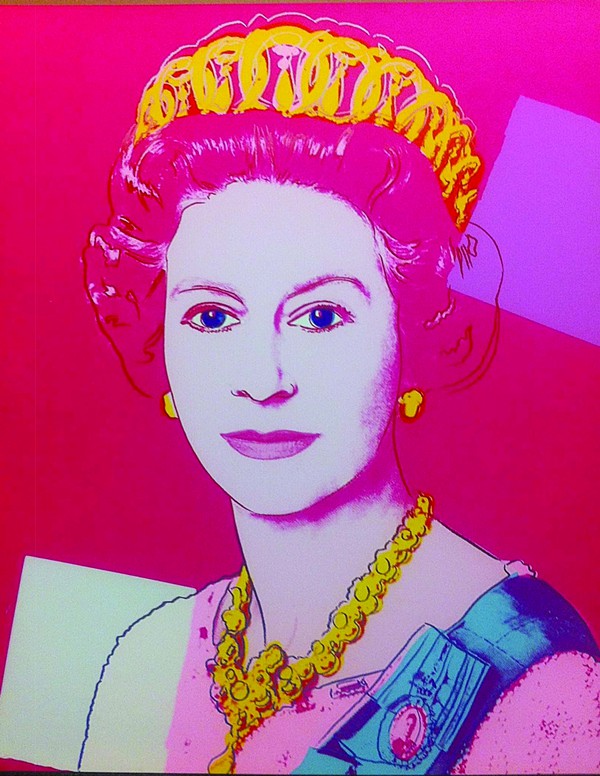 Andy Warhol show at the University of Arizona Museum of Art is not the glam Polaroid of Blondie punk rocker Debbie Harry.

Nor is it the dayglo screenprint of Queen Elizabeth II.

No, the biggest shock of the “Beauties” show is rebel artist Warhol’s old-fashioned aesthetic.

At one point in his career, in the late 1970s and early 1980s, Warhol wandered the streets on New York with a small 35 millimeter camera that used film. As he rambled, he took lovely black and whites of city scenes, of Manhattan’s Union Square covered in snow, of skyscrapers soaring into the sky.

“Creek,” not dated, is a classic picture of figures in a landscape. Reminiscent of (I kid you not) Thomas Eakins’ famous 1884 painting “The Swimming Hole,” it captures two women on one rock and a man on another, in the middle of a rushing creek. The tree-filled hills slope down to the stream’s banks. The water glistens.

These wonderful little photos don’t necessarily contradict the Warhol work that we know so well: the celebrity portraits, the pop-art pinks and limes, the repeated mechanical reproduction of subjects, the celebration of the commercial images that saturate modern life. Warhol may have loved the tomato soup can and other iconic images of capitalism, but he also loved the gleaming creek and the snowy city. They were as alluring to him as the celebrities who thronged his studio. What these unexpected black and white photos testify to is his veneration of beauty, and his gift for finding—or creating—it.

“Beauties: The Photography of Andy Warhol” gets its apt title from a Warhol quote: “I’ve never met a person I couldn’t call a beauty.” He might as well have said he’d never met a person he didn’t want to photograph. Warhol may not have shot self-portraits, but he was the precursor of the incessant selfie snapper and his Polaroid camera was the ancestor of the iPhone.

The exhibition is rich in the small Polaroid portraits that Warhol made constantly, photographing the famous and the obscure. The Polaroid was a bulky, awkward instrument (the Center for Creative Photography has lent a Polaroid camera to the exhibition), and the instant color photos it created were oddly washed out.

But Warhol made a virtue of these flaws. The blurriness softened a face’s hard edges and the wavy whites made visages glow. In the cheap little Polaroid headshot Warhol made of her, Debbie Harry is uber-glamourous: bare-shouldered and red-lipped, with skin that shines.

It’s striking how prescient Warhol’s art was: it foreshadowed the self-absorption of the computer age even before computers were widely available. (Interestingly, he adopted computers shortly before his untimely death by medical misadventure in 1987, at age 58.) The show includes black-and-whites that Warhol made at parties or at the beach, the kind of pictures that today would show up on Facebook.

And Warhol also pioneered the art of appropriation, so common today. The screenprint section demonstrates how he would “borrow'” a photographic portrait created by another artist, and then Warholize it. In the picture of Queen Elizabeth in the “Reigning Queens” series, for instance, Warhol converted the photo into a screenprint, and made copy after copy of it, each one colored differently. The UAMA’s version is all rosy and pink and turquoise.

The hidden “Sex Parts” pictures are screenprints derived from his own Polaroids (curator Erica Gilliland tells us he started taking his own photos after he was sued). Borrowed from local collector and UA prof Doug Nielsen, the sex pictures once remained private, sold only to certain discreet parties.

Full of erect penises and testicles and buttocks magnified to larger-than-life size, each of the prints pays homage to a different sexual practice, with the set of six adding up to a celebration of sexuality. And like the rest of Warhol’s images here, they also celebrate beauty.

Printed in black on white rag paper, they combine the lines of the photos with wonderful contour drawings by the artist. The bodies’ curves swoop across the surface in dazzling feats of grace.

As Warhol said, beauty is everywhere. And as he also said, more subversively, “Art is what you can get away with.” .