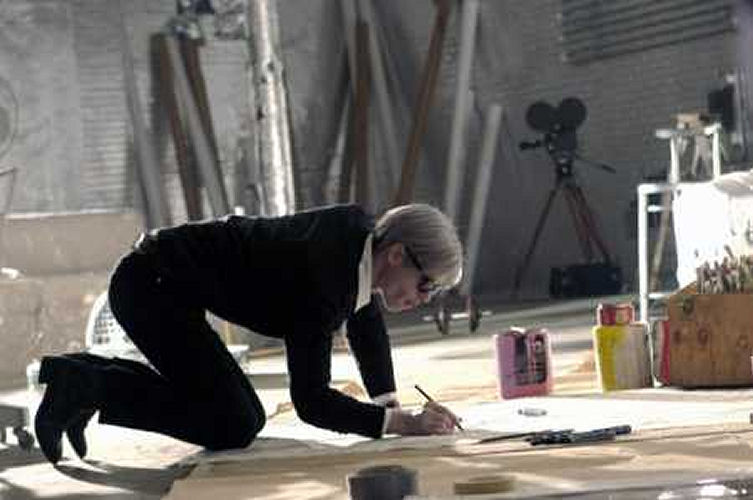 Drawing was central to Andy Warhol’s creative output. Throughout his lifetime, the artist created thousands of drawings, observing and documenting the world around him. As a youth in Pittsburgh, Warhol drew people and landmarks in his neighborhood. While a commercial artist in New York in the 1950s, Warhol produced playful and delicate ballpoint pen portraits and still lifes. In the early 1960s, Warhol entered the world of fine art with drawings of newspaper headlines, product advertisements, celebrities, and dollar bills.

The drawings in this exhibition began during a very productive period in Warhol’s life. In the mid-1970s, Warhol produced paintings and prints prolifically. Bob Colacello, friend and close  associate of the artist, attributes this “incredible outpouring” of work to the new, spacious studio  Warhol moved into in 1974. As he stated, “[Warhol] was inspired by the open vastness of the new space. For Andy, space was a void to be filled.” At the same time, Warhol began incorporating drawn lines into his print series, such as Mao , Mick Jagger, and Gems .

The late drawings from 1973 to 1987 employ a confident and fluid contour line to depict many of the same motifs of his iconic paintings: celebrity portraits, flowers, and ads. Warhol used an overhead projector to trace the source image onto heavy drawing paper. This technique, used throughout his lifetime, allowed Warhol to produce “machine made” lines that are equally automatic and expressive, impersonal and intimate. Many of the drawings in this exhibition are on view to the public for the first time.

This exhibition has been organized by The Andy Warhol  Museum, one of the four Carnegie Museums of Pittsburgh.