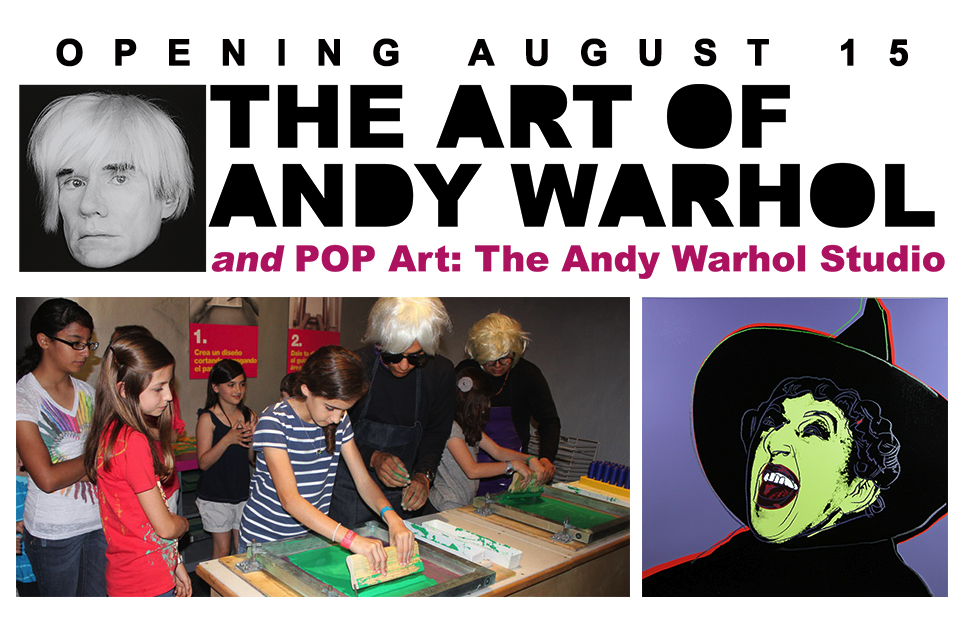 Select works  from  Andy Warhol, one of the 20th century’s most influential and popular artists, will be on display as part of  “ The Art of Andy Warhol ” beginning August 15 at the Mary G. Hardin Center for Cultural Arts in Gadsden, Alabama. The exhibit  will be on display through November 15.

“The Art of Andy Warhol” exhibit includes six original screen prints from Warhol’s “Myths” series that he created in 1981 and “POP Art: The Andy Warhol Studio,” an installation that will allow attendees to design an original image  and then produce a silk screen print.

Admission is $8 and is free to Hardin Center members. Hours are Monday through Saturday from 10 am to 5 pm and Sundays from 1 pm to 5 pm.

“The Art of Andy Warhol” is part of the Hardin Center’s 25th Anniversary that is sponsored by Exchange Bank and Advanced Imaging. The Warhol exhibit is sponsored by the Serendipity Dance Club, Holiday Inn Express, and Mrs. Julia Nolen.

The “Myths” series includes iconic images of famous mythical or fantasy characters from popular culture including Uncle Sam, Mickey Mouse, the Wicked Witch of the West from “The Wizard of Oz,” Superman, Santa Claus and a self-portrait of Warhol as the pulp novel and radio show character “The Shadow.”

Other parts of the  “POP Art: The Andy Warhol Studio” include an area  where visitors can dress up like characters in some of Warhol’s paintings and learn about Warhol’s artwork and art in general. Also included is “Silly Faces,” an interactive video installation that allows the audience to become a part of the exhibit by creating a five second video of themselves making a funny face in a photo booth style kiosk. The video is is added to a constantly changing grid of faces projected onto the gallery wall.

“The announcement that we are hosting an Andy Warhol exhibit as part of our 25th anniversary celebration generated as much or more interest than any exhibit we have hosted in our 25 year history,” said Hardin Center Executive Director Bobby Welch. “This exhibit truly has something for everyone,” Welch said, “a chance to see original Warhol works and a chance for children to have a ‘hands on’ experience at making art.”