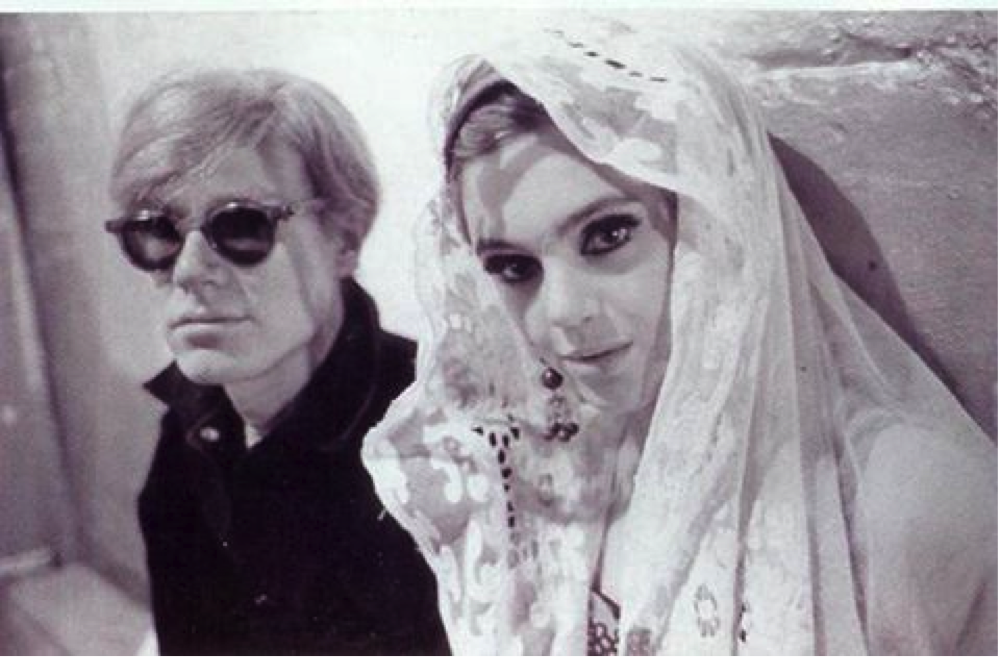 Superstar Edie Sedgwick left Harvard and moved to New York in 1964, shortly after receiving a trust fund from her grandmother, with aspirations of becoming a model. She and Andy Warhol hit it off immediately.

“One person fascinated me more than anybody I had ever known.” – Andy on Edie

Edie reinvented herself by becoming a performance artist and Andy’s film muse. Together they created 18 films, including the beginnings of a film with Bob Dylan and his friend Bob Neuwirth. Edie began a romantic relationship with Neuwirth, who she would later refer to as the love of her life. But she also had a brief flirtation with Dylan, who wrote several songs about her, including “Just Like a Woman” and “Leopard-Skin Pill-Box Hat.”