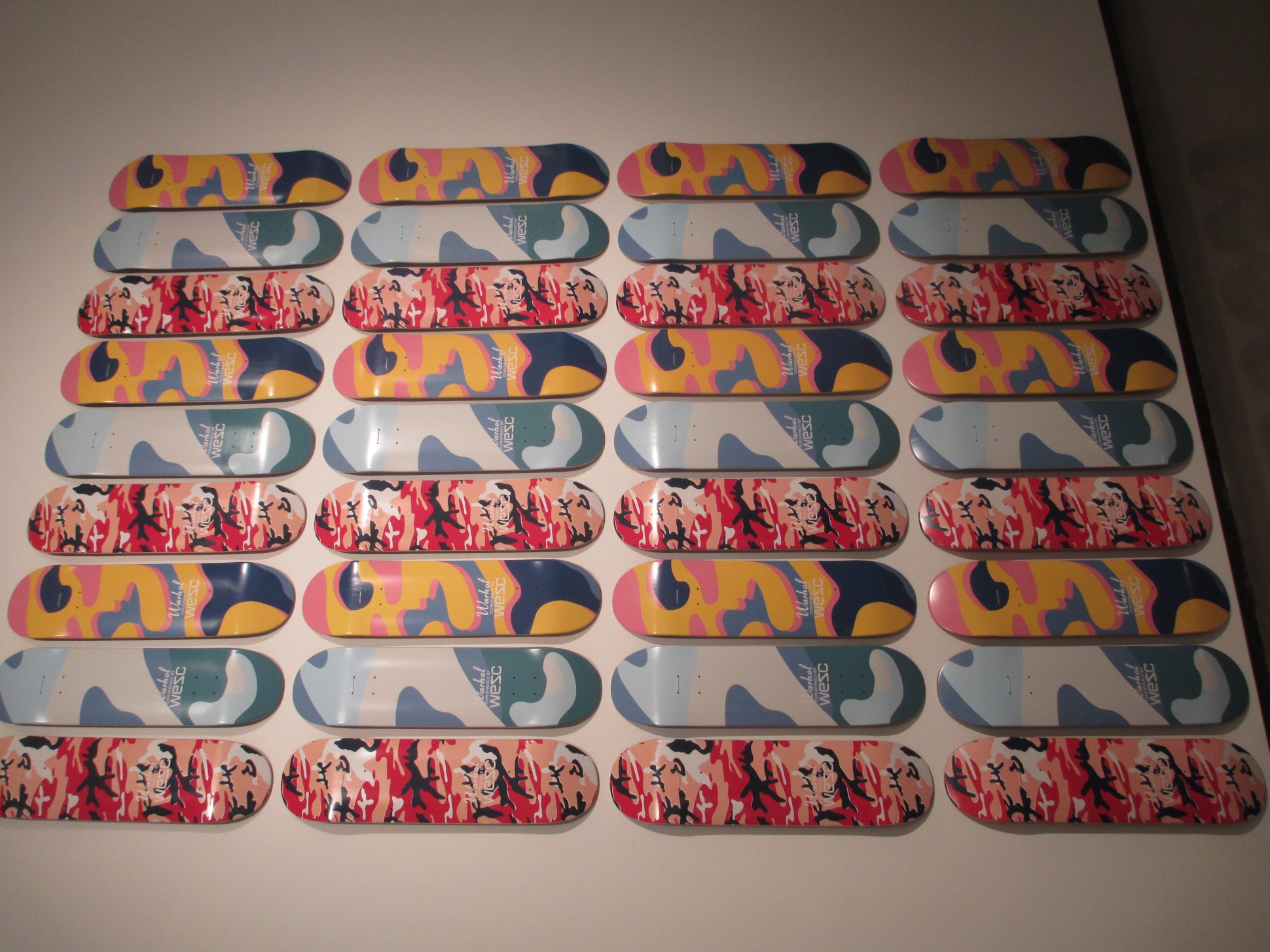 With his embrace of high and low culture, celebration of youthful misfits, and deep love of small sub-cultures, it should be no surprise that Andy Warhol remains an icon to artistic youth cultures decades after the late artist’s death in 1987. One of those sub-cultures that heils to King Warhol is skateboarding; skateboard companies like (now-defunct) Alien Workshop have used Warhol graphics, skate-influenced streetwear titan Supreme has used Warhol graphics, skaters’ occasional sneaker of choice Converse Chuck Taylor has used Warhol graphics. And it makes sense: much like Warhol’s Factory, skateboarding has always attracted a certain merry band of artistic youngsters. Come to think of it, with skaters like Ed Templeton and Marc Gonzalez having become just as famous for their art and skaters like Jason Dill establishing art-inflected brands like F**king Awesome, it’s very easy to imagine today’s skateboarders fitting right in with Lou Reed, Gerard Malanga, Edie Sedgwick, and the rest of Warhol’s Factory Superstars.

And that brings us to skate-influenced streetwear brand WeSC and its most recent collection, “Warhol Conspiracy.” The line includes button down shirts, nylon jackets, sweatpants, hoodies, graphic T-shirts, skateboard decks, bags and backpacks, hats, socks, underwear, belts, iPhone cases, and headphones all featuring Warhol’s camouflage paintings as prints along with portraits of and quotes from Warhol. The collection was presented as an art show last night at the Paul Kasmin gallery with a nice mix of skateboard kids, fashionistas, and artists showing up to check out the new line. Whether or not you’d actually wear the clothes, by presenting them in the gallery WeSC suceeded in showing off the pieces as objects and also shed light on the skateboarding subculture’s deep appreciation of Andy Warhol.

A collaboration with Warhol might seem obvious to art fans; Warhol obviously isn’t lacking in exposure. But it might ring surprising to skateboarders. Take WeSC’s previous collaboration with Clint Peterson; Clint Peterson is, in addition to being an artist, a skateboarder. A Warhol collaboration allows for the skateboarding sub-culture to both celebrate his artistic legacy but also perhaps introduce that legacy to a younger and less-informed generation of skaters: “WeSC is proud to present this product line in collaboration with the Andy Warhol Foundation,” says WeSC Chairman Theodor Dalenson in a press release, “We have had many interesting artist and activist collaborations throughout the years but none have been as right on the spot for the brand of “Intellectual Slackers” as Andy Warhol’s Camouflages.”

The idea of the “Intellectual Slacker” is particularly interesting and an easy way to draw a connection between Warhol and modern skateboarders. To the establishment, Warhol was nothing more than a weirdo hanging out with junkies appropriating images from mass marketing, but in fact was revolutionizing the way that we think about said mass marketing and developing the whole concept of “pop art.” To the establishment, a skateboarder is a stoner that rolls on wood all day, but in fact every movement and trick done on a skateboard requires one to think about the architectural landscape around them differently and incorporating varying levels of creativity into every trick, “Andy Warhol is one of the original “Intellectual Slackers” because of all of his activities; he was doing his own thing,” says WeSC CEO Johan Heijbel, “He wasn’t doing anything necessarily academic, he was creating his own vision and his own lifestyle.”

From a branding stand point, the collection is sharp; WeSC gears itself towards youthful outsiders, or at least those who think of themselves as outsiders. What better way to get new eyes on your outsider-edged brand than by celebrating a true outsider icon like Warhol? 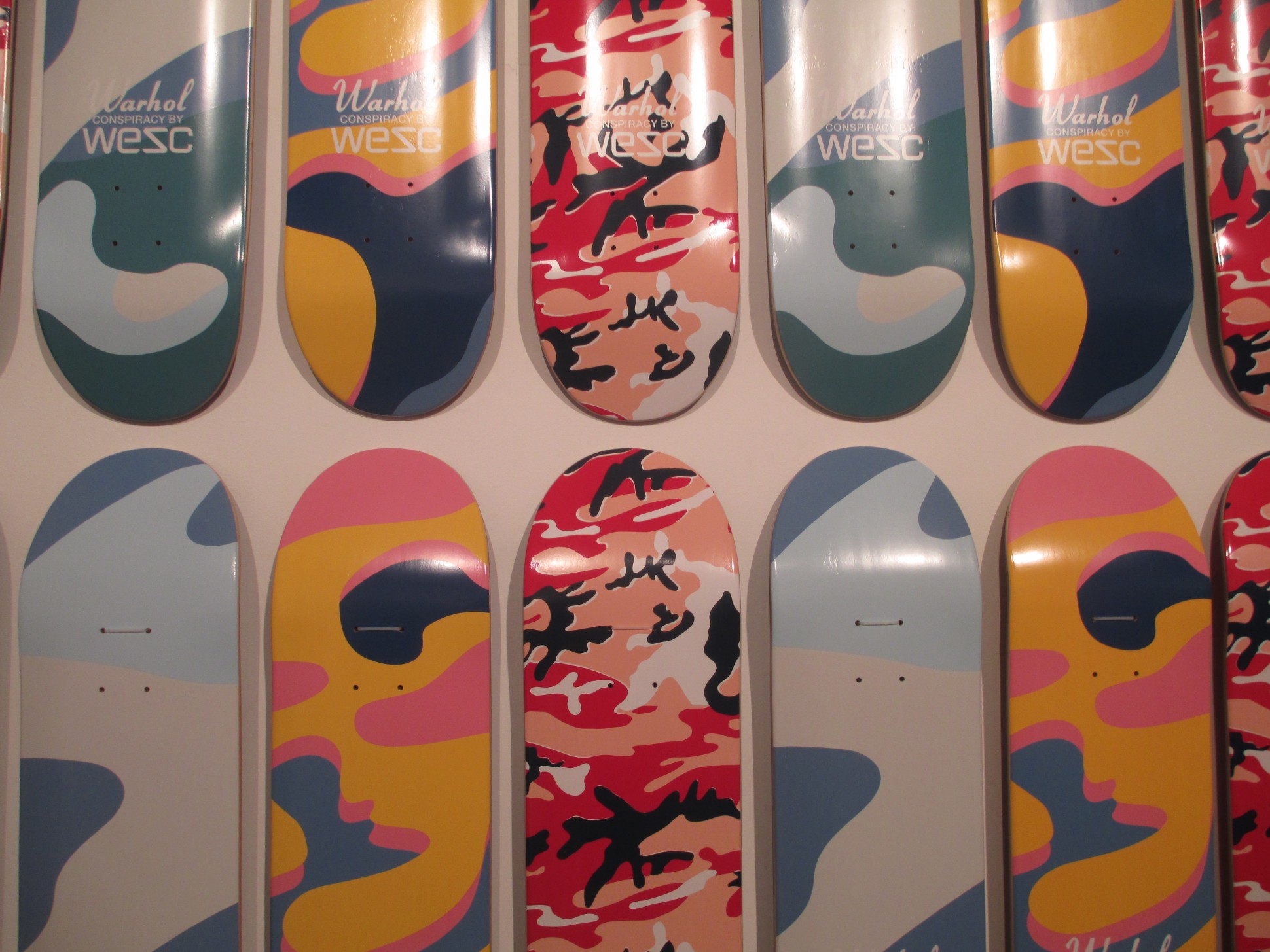 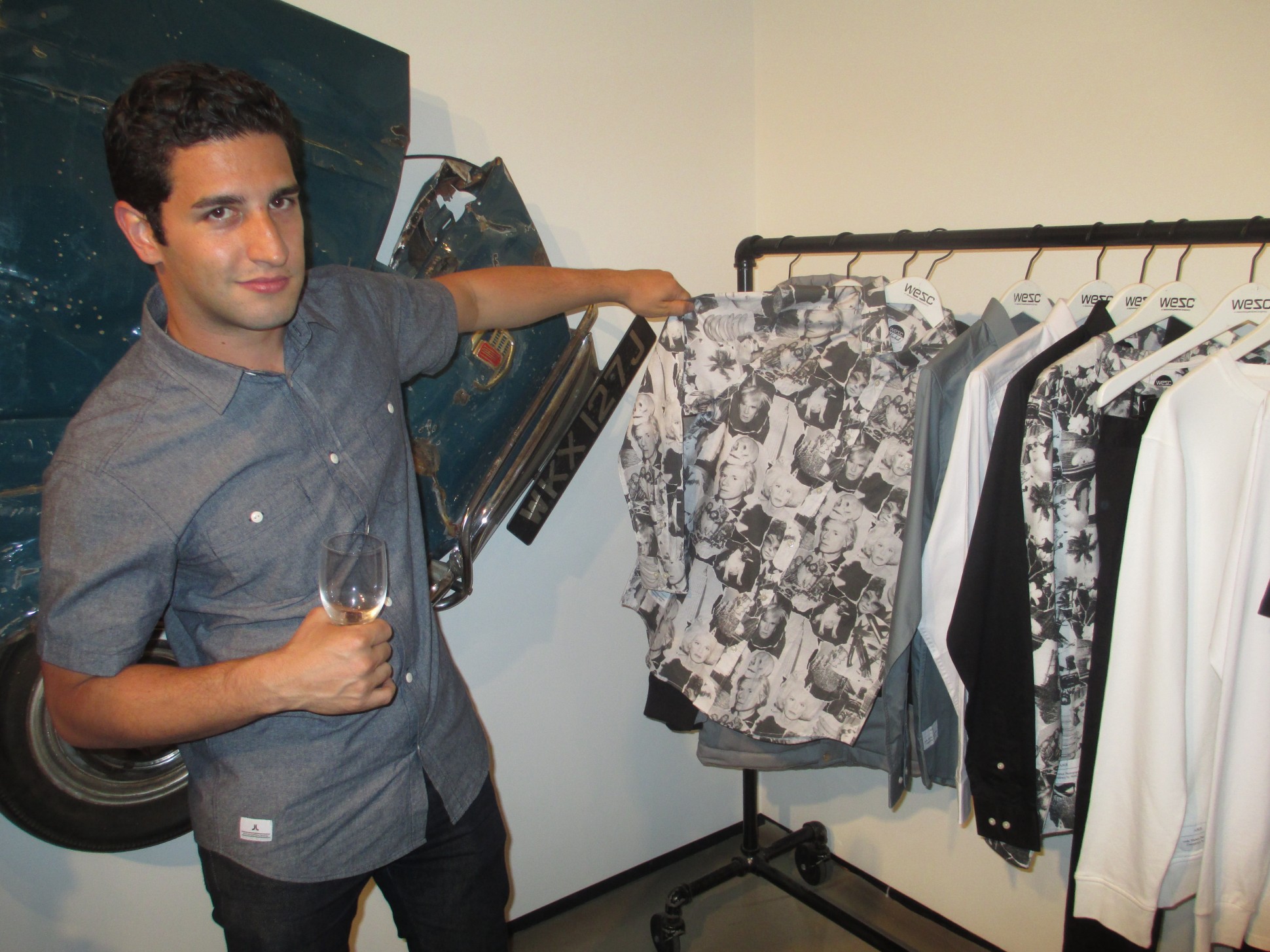 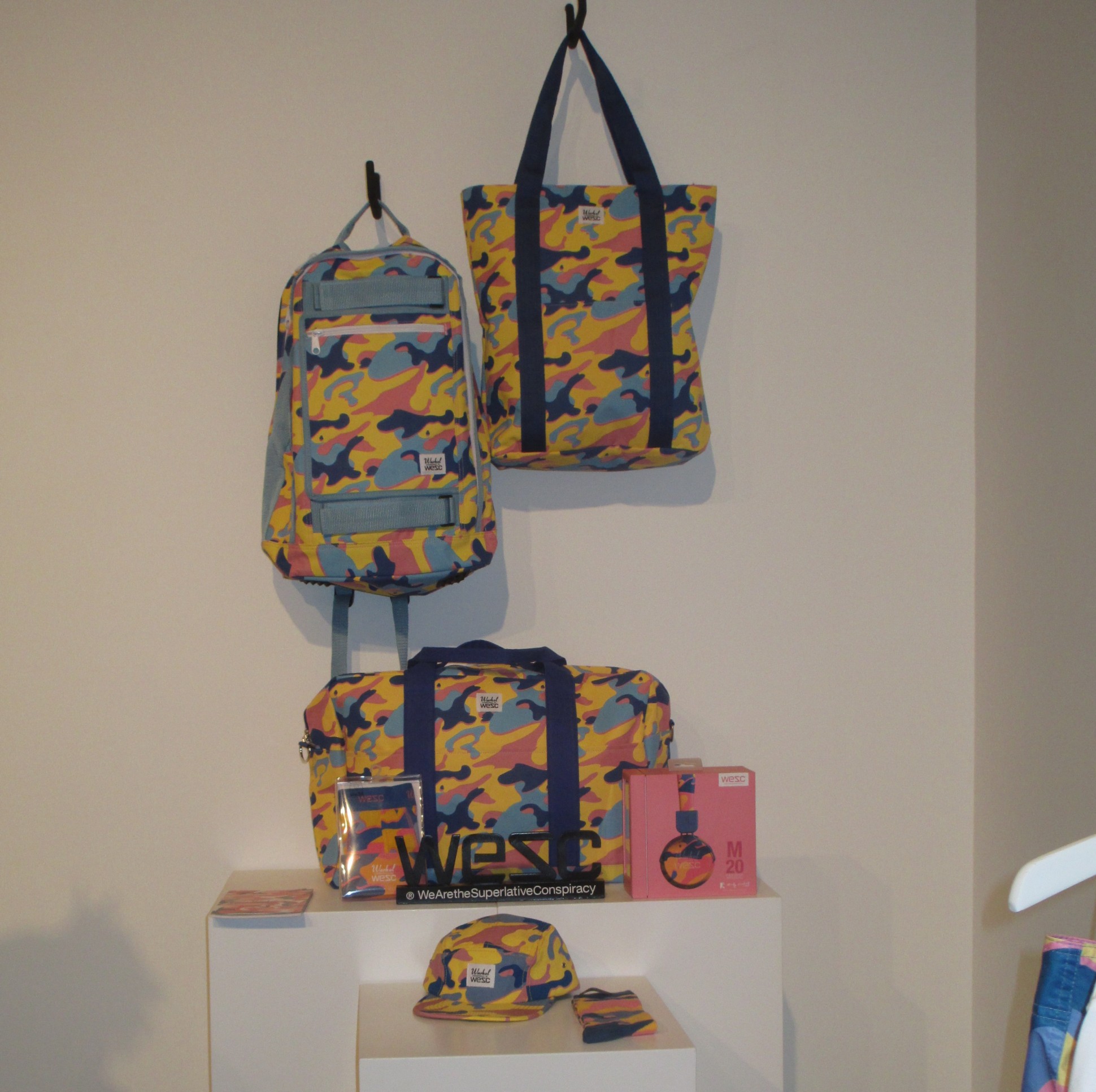