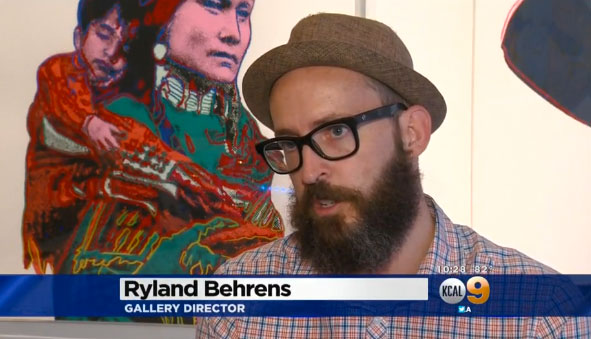 Police are looking for stolen Andy Warhol paintings from theft who switched them out with phonies.

The thefts were discovered recently when a member of the owner’s family took the silkscreens to be reframed, according to the entertainment website TMZ.

Only 200 silkscreens of the series were made.

Director of the Revolver Gallery Ryland Behrens estimated a full set of all the prints, which experts call a Suite, could fetch up to $250,000.

TMZ reports the owner purchased the set in the 1980s, which meant the swap happened at some point in the past 30 years.

According to the website, the LAPD determined someone tried to sell one of the stolen pieces to Bonhams auction house in Hollywood. Investigators reportedly searched the auction house last month and reviewed its sales records for clues they hope could lead them to the thief.

A call to Bonhams for comments was not immediately returned.