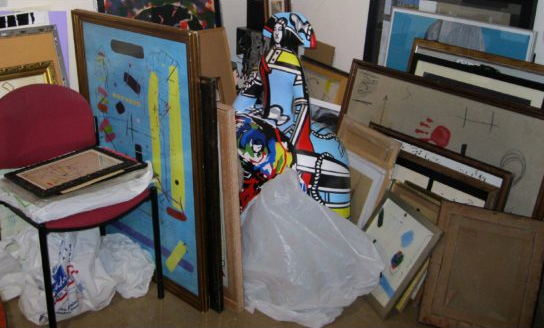 The Spanish police have exposed a forgery ring that sold fake artworks it claimed were Andy Warhol, Pablo Picasso, Joan Miro, Antoni Tapies, and several others.

The operation came to an end last weekend when nine people were arrested in Spain and 271 fake works were seized from flats around Valencia. The suspects are thought to be comprised of both those who created the fake works and those who sold them. They were selling the frauds through direct sales and online auctions, but also through art galleries.

The Chief of the Spanish Police’s Artistic Brigade, Antonio Tenorio, claims that the conmen had been working for nearly a decade. The forgers sold the fakes to the middlemen for as little as 100 euros (approximately 110 USD), who went on to peddle them for bloated prices. During the raids, the police uncovered a document belonging to the alleged criminals that listed prices ranging from 1,000 to 180,000 euros.

Tenorio says that the forgeries were of high quality, and the modern art period they belong to make them easier to sell than the comparatively rarer old master paintings. Additionally, Tenorio points to the increasing popularity of online auctions as facilitation for the sales.

This is only the latest installment in a series of art-forgery ring busts. Most of these rings appear to be selling fakes from modern periods, for the reason Tenorio mentioned earlier. The best of these recent occurrences is definitely the two brothers who sold a fake Goya, only to be paid in fake cash. Sometimes karma isn’t so bad.