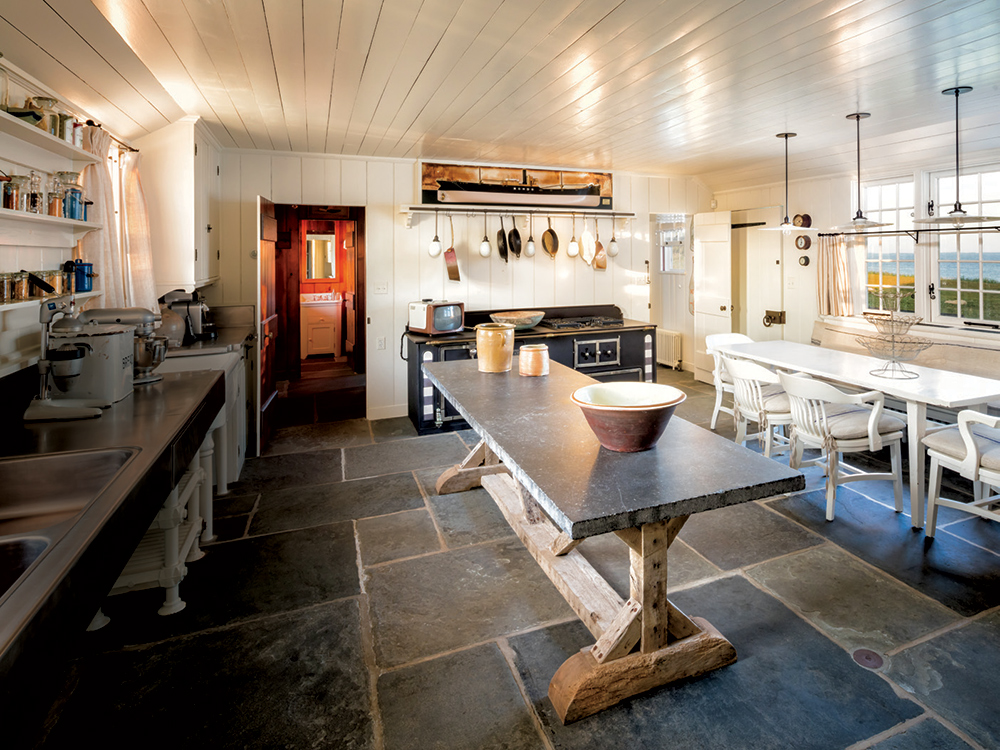 In December, Mickey Drexler, chairman and CEO of J.Crew Group, sold the former Montauk estate of artist Andy Warhol to Adam Lindemann, the billionaire Upper East Side gallerist and art collector, for $50 million. The broker was Douglas Elliman’s Paul Brennan. “I sold it to Mickey about seven years ago,” Brennan tells Hamptons. “One of Mickey’s hobbies is to buy and sell properties all over the country. The wonderful thing is that he really restored the house to its original integrity, even prior to when Warhol owned it—plank floors, stone floors, stone fireplaces, and big beams. It’s rustic and nicely done, like something you’d see in Alaska.”

The property encompasses 5.6 acres, with approximately 500 feet of oceanfront, and is surrounded by nearly 300 acres of reserve. Containing six houses, the estate was built as a fishing camp by the Church family, which owned the company that made Arm & Hammer baking soda. Each cottage has its own kitchen, two bedrooms, and a bathroom. “The main house was initially where everyone would gather for meals, and they would then retire back to their little cabins,” says Brennan. “It’s probably one of the most unusual properties in the Northeast. If you want a revival of how the wealthy used to entertain themselves in the 1930s, that’s what it’s been brought back to. You’ll never again be allowed to build six houses on a single property.”

There is no tennis court or pool, and nearby wetlands may preclude building one without removing a house, but the estate’s pedigree is unparalleled. Warhol’s summer renters included Halston, Lee Radziwill, and the Rolling Stones.