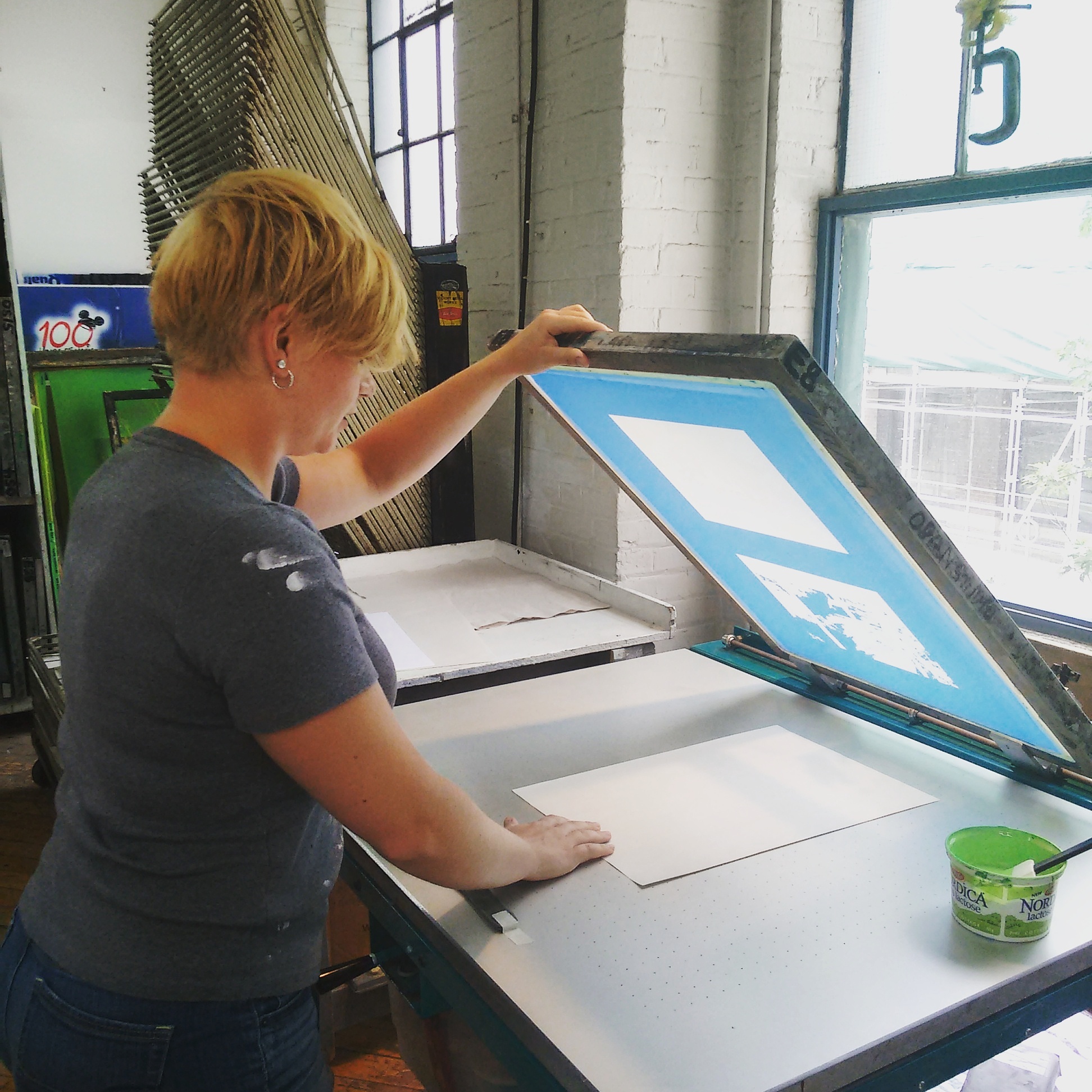 As a proud sponsor of Los Angeles-based Revolver Gallery’s new Toronto exhibition, Andy Warhol Revisited has a new Rotating Lecture Series featuring discussions from art luminaries and accomplished artists in the Toronto area. These artistic evenings include demonstrations as well as theoretical discussions inspired by Andy Warhol’s arts and aesthetics.

Open Studio
Open Studio, a Toronto based print studio will present an in-depth look at the processes used and made popular by Andy Warhol. Witness the art of screen printing as Open Studio Artist, Meggan Winsley demonstrates how to make a multi-colored screen print.

Biography
Open Studio Contemporary Printmaking Centre began in August 1970, when two out-of-work, part-time printmakers plunked down the first month’s rent for a dingy and potentially dangerous little storefront at 310 Queen Street West. Despite a lack of windows and ventilation, an acid bath in the washroom, and only a small Sturges etching press, Richard Sewell and Barbara Hall were determined to make the space work. They planned to teach drawing, painting, dressmaking and their own raisons d’etre – etching and screen printing – to make the studio pay for itself. In 1971 Don Holman, a lithographer living in Chicago, visited the storefront studio and expressed interest in the possibility of joining forces with Hall and Sewell. The next year, with the help of a Local Initiatives Project grant, Holman was invited to come to Toronto to research and set up a lithography shop. The name Open Studio was chosen to emphasize the founders’ central concern that the entire structure of a cooperative arts facility should be open to the artists. This philosophy covers not only the use of equipment and exchange of skills but also access to and responsibility for the management and administration of the printmaking studio. A board of directors, all honorary positions, became responsible for the operation of the studio in a legal sense, when Open Studio was incorporated as a non-profit organization in December 1971, and subsequently received charitable status in January 1972. (Excerpted and adapted from Open Studio: Ten Years. Toronto: Open Studio, 1980.)

From 1971 to 1996, Open Studio was located at 520 King Street West, Toronto. In September 1996, Open Studio moved to a larger space at 468 King Street West with increased area for production facilities, exhibition spaces, and improved administrative capabilities. In January 2004, Open Studio relocated to 401 Richmond Street West, a vibrant complex that is home to over 130 arts and community organizations, where it is still located today. Among the studio equipment is that same Sturges etching press from that first studio at 310 Queen Street West.In 2010, Open Studio reached an important milestone‚ the 40th anniversary of its founding.

In celebration of this momentous achievement, from October 21-24, 2010, Open Studio presented Printopolis, a four-day international symposium featuring panel discussions, printmaking demonstrations, public interventions, artist talks and exhibitions. The symposium featured 21 presenters from six countries and 40 concurrent exhibitions focusing on contemporary print media by over 200 local, national and international artists at venues throughout the city. The Toronto Friends of the Visual Arts recognized the significance of Printopolis to the Canadian and international arts communities, and awarded Open Studio a Project Support Award ($15,000) for Printopolis in June 2010.

Gary Taxali
Accomplished international artist, Gary Taxali will discuss Warhol’s impact on today’s artist and how it has informed his own approach to painting. Explore Warhol through an artistic lens as Taxali discusses the artist through his own paintings in this engaging audio visual presentation. Meet and greet with the artist will follow the lecture.

Biography
Gary Taxali is an internationally acclaimed contemporary artist. His retro stylized art, reminiscent of depression era advertising, typography and packaging in the realm of pop art garnering many awards (including a 2009 Grammy nomination for album art for Aimee Mann).  His major influences are Andy Warhol, Ray Jonson, The Fleischer Brothers, the Russian Avante-Garde, 1930s and 1940s packaging design, advertising and typography.

He sits on the Stamp Advisory Counsel for Canada Post, is a frequent international speaker and is tenured faculty at OCAD U (Art + Design University).

Exhibitions include:  The Whitney Museum of American Art, the Contemporary Art Museum of Rome and the Andy Warhol Museum.

Tavis Coburn
Internationally acclaimed artist, Tavis Coburn will be presenting a selection of his 40s era comic book inspired art, and highlight Warhol’s influence on fine art in the digital disciplines. Meet and greet with the artist will follow the lecture.

Biography
Tavis Coburn graduated from California’s Art Center College of Design with a BFA in illustration.  Since then he has created numerous works for leading publishing, advertising, music companies in north america and europe.  His illustrations are influenced by 1940s comic book art, the russian avant-garde movement, and printed materials from the 1950s/60s.