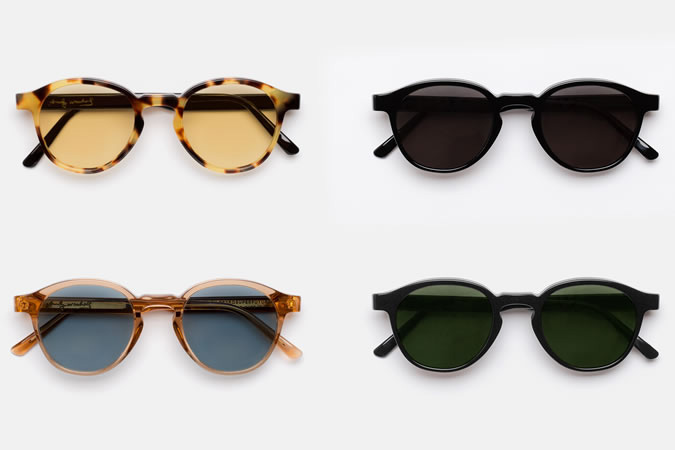 For all Steve Jobs’ attempts to claim the roll neck as his own, for us, there’s one man it will be forever linked to. And no, it’s not the guy who abseils through unsuspecting women’s windows with a box of chocolates, either.

Andy Warhol always understood the power of a uniform – how that elevated neckline accentuated his lithe figure and that shock of white hair. And unlike Jobs, he could couple it with a suit, a biker jacket, or just a pair of jeans, and still look like Andy Warhol. Even in silhouette.

Of course, it helped that Warhol had a few other iconic pieces in his arsenal. Not least a pair of almost-circular sunglasses that have since passed into fashion legend, a style that now serves as shorthand for ‘creative’.

The shape’s been emulated ad nauseam, but a copycat is never as cool as the original. Which is why Italian eyewear brand RETROSUPERFUTURE teamed up with the Andy Warhol foundation for a re-release of the Factory founder’s originals.

The limited edition Super Andy Warhol Iconic Series comes in two styles: the reflective Silver, with lenses by optical experts Barberini, or opticals with transparent frames. So you can give nod to an icon, whatever the weather.

The Super Andy Warhol Iconic Series is available at retrosuperfuture.com.