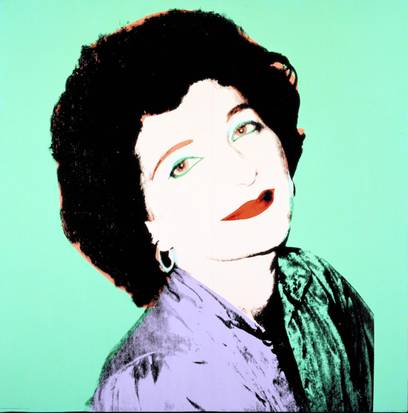 Andrew Warhola Jr. was born in this city of the three rivers in 1928. He was the fourth child of parents who had immigrated to the United States from Mikó, a small town in what is now northeastern Slovakia.

He would come to be known as Andy Warhol, whose life and career are memorialized in the Andy Warhol Museum on Sandusky Street in a vibrant downtown that also includes stadiums for the Steelers and Pirates.

It is one terrific museum, bristling with Warhol’s pop-art originals, whose subjects included such American icons as Marilyn Monroe, Jacqueline Kennedy, Elizabeth Taylor, Elvis Presley and, of course, those luminescent Campbell’s soup cans.

Most of all, it offers a window into the world of a seminal artist whose connection to Dallas was hardly insignificant. Warhol died in 1987 at 58, having made an enormous impact on art and pop culture, so much so that his work is a cornerstone of the traveling exhibition, “International Pop,” which will arrive Oct. 11 at the Dallas Museum of Art.

Organized by the Walker Art Center in Minnesota, “International Pop” chronicles “the emergence of Pop in the 1960s and early 1970s.”

During his time, Warhol also came to be friendly with Patsy and Raymond Nasher, founder of the Nasher Sculpture Center, and soon, even Patsy became a Warholian subject.

The Nashers’ daughter, Nancy A. Nasher, met Warhol during the 1970s. At Patsy’s behest, he would soon produce portraits of Patsy and Nancy and Nancy’s sisters, Andrea and Joan. They hung proudly on the wall of the Nasher as part of the 2008 exhibition, “In Pursuit of the Masters: Stories From the Raymond and Patsy Nasher Collection.”

Warhol painted Patsy’s portrait in 1978. “It’s quite beautiful,” Nancy told me in our 2008 interview. “There are many different colors and a lot of great detail he put into her eyes and lips and earrings. We all fell in love with it.” In 1979, he added portraits of the daughters. He came to the Stoneleigh Hotel with what Nancy Nasher recalled in our interview as “an entourage of 15 to 20 people.”

“They said, ‘Take off your suit.’ They wrapped me in a towel and covered me with this thick white cosmetic powder. They put it all over my skin, all over my shoulders, but not my hair, not my lips. Everything else. I was caked in this powder — white, white, totally white.” Strange though it might have been, “my mother had prepared me.”

Warhol placed her in front of a dark screen “and in a particular pose. He tells you exactly how to hold your head, your neck, how to look at him. And then he starts.” He began shooting what she describes as hundreds of Polaroid photographs. “It was click, click, click, click, click. My thinking was, ‘Where’s the art in this process?’ I didn’t understand it. He kept taking the Polaroids until he found just the right image, whether it was the tilt of the head or the look in the eye.”

Back in New York, he began to “silk-screen all these colors. In my mother’s portrait, there’s this gorgeous apricot color but also a green color that’s applied over the other color.”

Warhol is also remembered forever at the DMA, which has 13 of his works in its permanent collection. You will see even more with the arrival of “International Pop,” which runs through Jan. 17.