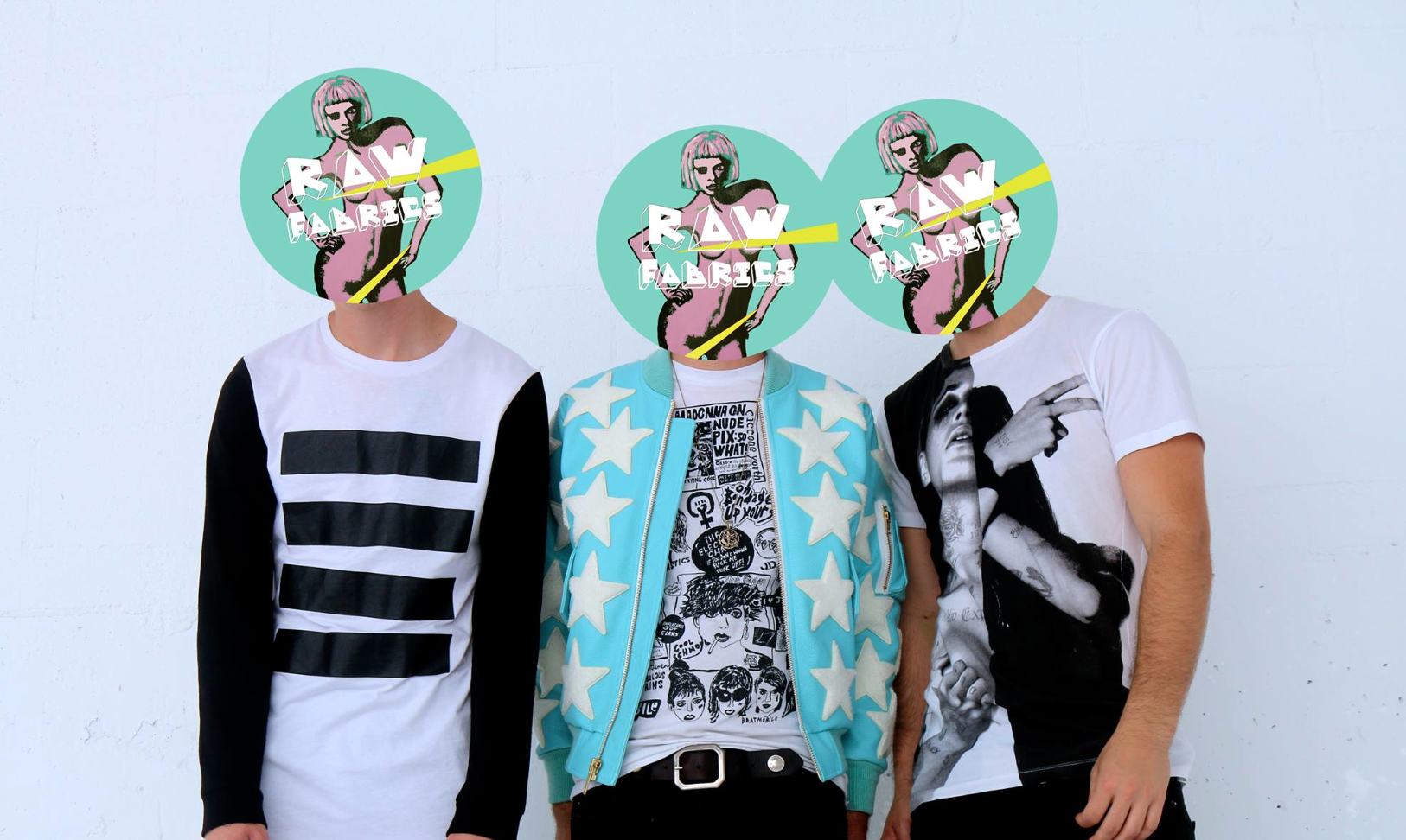 The Los Angeles band played the Summer Sweat Block party in advance support of its EP “Plastic Joy,” which was produced by Joe Chiccarelli (U2, the Strokes) and released in August on And King Records.

The Raw Fabrics that plays tomorrow night at Fulton 55 is a reconfigured guitar/drum duo.

Singer Jack Franco talks about the change (there’s an in-depth explanation on the band’s website), explains his fixation with Andy Warhol and gives a rather technical description of Raw Fabric’s signature “jungle drum” sound.

So, what’s going on with the band right now?

The band actually went through a major change, recently. I’ve been battling alcohol and drug abuse, which affected the band and set us out on different paths. I recently got out of rehab. Throughout my time there, I wrote in my journal and out poured new songs, so personal and close to my heart that I’m still shocked reading the lyrics back.

Personal connection through music saved my life. I started Raw Fabrics three years ago, but now it holds a new meaning. I knew the lyrics I was writing had to be delivered from one person to another. That was more important to me than any guitar lick or drum fill.

I will be performing this upcoming tour with just me and a drummer, so that fans can experience the emotions in each song from one person to another. We have a very cool, dynamic set planned that’s totally new, with some cool ideas I’ve been working on for a while.

After that the plan is finish up the new songs.

Raw Fabrics seems like a pretty loaded band name. It also fits well with as a descriptor for the music. Did you have that in mind when naming the band?

At first I just thought the combination of words sounded cool. Every couple of months it seems like we find new meaning or feeling behind the name. But the origin of the name wasn’t as clever as we make it seem now.

Your press talks about the band having an Andy Warhol fixation, which is sort of evident in your whole aesthetic, from what I’ve seen. Can you talk about that some?

It is all to do with the pop art tones and being really exaggerated and bold in expressing yourself. Warhol’s artwork is often so bright and vibrant. Once we had finished some of our first songs it seemed natural to have the visual aspect match the music and that Warhol-esque vibe. Also a lot of bands tend to go with black and white. We didn’t want to fall into that trap. I like color.

Are you also fixated with that connection between of art and rock music?

Definitely. If I wasn’t I’d be a lousy artist. My stance on it at this point is that it seems a lot of rock music that is popular is too cookie cutter and safe. Because that is what labels feel safe investing in. There’s nothing wrong with that, but unfortunately most of it lacks personality and emotional content. In my opinion, that’s why rock music isn’t as popular right now.

Can you explain the term ‘jungle drums’ and how you use it in your music?

Yes, instead of using a regular rock drum kit tom sounds, we put a sample of this over-the-top jungle sounding tom instead. There’s something more dangerous or raw/tribal about it.