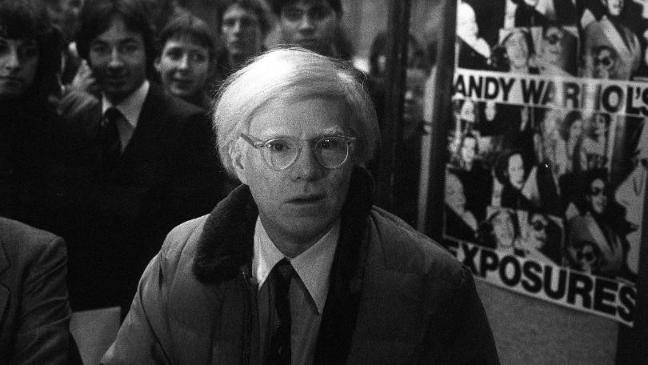 A rare Warhol collection at The Ashmolean Museum of Art will go on display next year, displaying more than 100 unseen works.

The exhibition will span Warhol’s entire career from famous works of the 1960s to the experimental creations of his last decade.

Dozens of paintings, sculptures, screen prints and drawings from a private collection will sit alongside loans of the US pop artist’s films from the Andy Warhol Museum in Pittsburgh to form an exhibition at the Ashmolean Museum in Oxford.

It will feature the Brillo Soap Pads Box and portraits of socialites such as Maria Shriver and artist Roy Lichtenstein, as well as singer Paul Anka.

There will also be a series of screen prints of German artist Joseph Beuys, based on a Polaroid photograph taken by Warhol in 1979 when the two giants of post-war art came face to face for the first time.

The exhibition is in collaboration with the Hall Art Foundation which makes contemporary art available for the enjoyment of the public.

Warhol, whose instantly recognisable images are among the most famous in modern art, is credited with predicting that everyone will be famous for 15 minutes.

Sir Norman Rosenthal, the Hall Art Foundation curator of contemporary art at the Ashmolean, came into contact with Warhol a few times.

He said: “Evermore, Warhol feels like the decisive artist of his generation who peered into the future and saw his world with all its glamour and with all its horror.

“The Hall’s collection of Warhols demonstrates the artist’s extraordinarily diverse output, as he reacts to his world with penetrating truthfulness and wit.”

Asked what he thinks Warhol would have made of the popularity of reality television, Sir Norman told the Press Association: “He would have accepted it. He accepted the world as it is.

“He accepted the banalities of the world and made them beautiful.”

Dr Alexander Sturgis, director of the Ashmolean, said: “We are hugely grateful to the Hall Art Foundation and to Andy and Christine Hall for making this exhibition possible with the generous loan of their superb collection.

“The substance and significance of Andy Warhol’s art becomes more evident with each passing decade and this exhibition aims to add to what we know about Warhol by highlighting unfamiliar and surprising works from across his career.”

Andy Warhol: Works From The Hall Collection is at the Ashmolean Museum of Art and Archaeology at the University of Oxford from February 4 to May 15 2016.