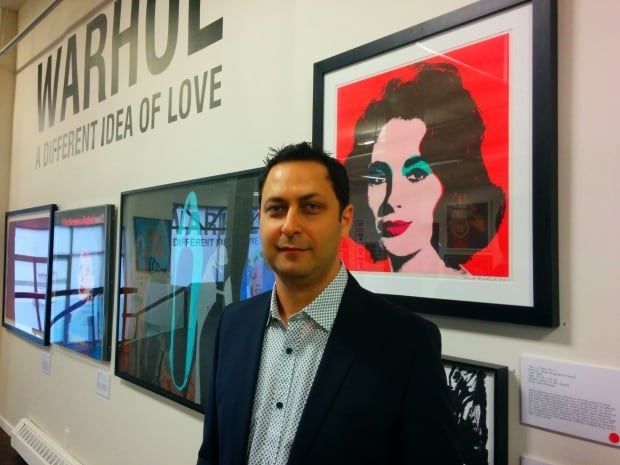 Over 80 original prints are on display free to the public for the month of March.

He’s been called one of the most prolific artists of his generation, and for the entire month of March, over 80 of Andy Warhol’s original prints will be on display at a Vancouver art exhibit.

“It’s the biggest collection of Warhol prints and paintings to have ever come to Canada,” says Ron Rivlin, the owner of Revolver Gallery in Los Angeles, California.

Rivlin, who is originally from Toronto, says the simplicity of Warhol’s work is what made him such a major cultural phenomenon.

“Most people who see a Warhol don’t really comment on the artistic value. He was very simple, but what was going on in his head was very sophisticated.”

After falling in love with Warhol’s works, Rivilin hopes to pass on that same affection for the artist to Canadians.

“My biggest objective is for people to learn more about Andy Warhol and how he relates to pop culture and everything we see around us. I hope people have a good time experiencing each of these images and take the time to read about them.”

The “Different Idea of Love” exhibit is a joint collaboration between Revolver Gallery and MAISON AI. The showcase also includes rare works lent out by private owners, as well as the Andy Warhol Foundation for the Visual Arts.

The exhibit is located at 1280 Homer Street in Yaletown. Even though it’s free to the public, Rivlin says it’s still very much a once-in-a-lifetime experience.

“It may or may not happen ever again. These pieces deteriorate over time and believe me, transporting all of this from Los Angeles was very nerve racking.”