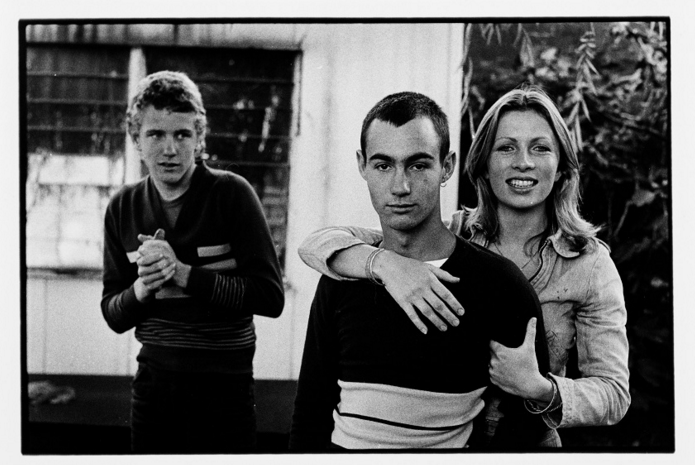 There is something incongruous about exhibiting a handful of photographs, painstakingly acquired, thoroughly researched and aesthetically displayed in a gallery setting – in a world that sees hundreds of millions of images uploaded via Facebook everyday. Unbelievably it now seems, the first affordable, consumer digital cameras didn’t make it onto the shelves until the early 1990s. Which coincided with the birth of the World Wide Web. A marriage made in cyberspace. Photography was introduced into South Australia in 1845, only nine years after European settlement and just six years after the first daguerreotypes were produced in France. The Art Gallery of South Australia was the first in Australia to begin collecting photographs as fine art. The current exhibition Public Image, Private Lives is from one perspective a reflection on the Gallery’s longstanding commitment to collecting and showcasing photography. In doing so it creates space in the public imagination for the role of photography in contemporary society to be considered.

This exhibition throws together (in a most elegant way) the sober, and occasionally quirky, work of some of South Australia’s pioneering photographers, such as Philip J. Marchant and Samuel Sweet, with modernists Max Dupain and Olive Cotton and a powerhouse lineup of South Australian, Australian and international artists whose practice has been defined by their creative use of photographic media. In an imagined Sergeant Pepper album cover group photo for this exhibition Andy Warhol and Man Ray are rubbing shoulders with contemporary Australian ‘friends’ including Pat Brassington, Ann Newmarch, Ian North, Ed Douglas, Trent Parke, Carol Jerrems, Mark Kimber and others.

Popping up like a startled meerkat or perhaps gazing down from a hot air balloon would be the early 20th century French artist Jacques Henri Lartigue who in many respects is as contemporary as any of the company. Lartigue was given his first camera when aged seven and spent his adolescence and beyond taking snaps of his immediate family and the wider community, at play. His extraordinary image of cousin Bichonnade launching herself from some steps speaks eloquently of what the exhibition curator Julie Robinson intends the exhibition to be about – this sense of what happens when photographers point the camera at someone known or close to them. In this respect Lartigue is a curator’s dream, an obsessive who in documenting his own experiences, particularly the zany ‘behind the scenes’ adventures of family and friends, captured the mood of an era.

The opposite to this is Andy Warhol (who once said that his “idea of a good picture is one that’s in focus and of a famous person”) fan-bombing Alfred Hitchcock. What’s really interesting is that it is a Polaroid. Remember them? Hitch and Warhol were masters of the blank face. Scanning other portraits in the exhibition this pose is cross-generational, a way of defying the viewer to discover any trace of inner life. Max Dupain’s multiple takes on Ian North as subject (as seen in the proof sheets alongside the final portrait) suggests that the process of getting the subject to deliver the ‘right’ kind of expression is akin to a duel. As does North’s take on Daniel Thomas, posing, perhaps challenging the photographer, like a flaneur putting on a mask for the world. Carol Jerrems’ Vale Street, the now iconic 70s image of a topless Catriona Brown staring down the camera with two young students of Jerrems’ looking on came from a duel of another kind – more with self. Brown recalls Jerrems working constantly with her subjects across an afternoon until late in the day this moment held and the photographer pinned it to the wall. Only nine prints of this image exist. Tell that to someone who’s just uploaded 100 images.

John Berger said that “The camera relieves us of the burden of memory. It surveys us like God, and it surveys for us. Yet no other god has been so cynical, for the camera records in order to forget.” To engage with these sometime confronting, tender or quirky images is to to confront one’s own sense of connection with others and how fragile that connection often is. Sue Ford’s extraordinary ‘Time’ series of people known to the artist taken a decade apart or William Yang’s photo essay (Allan – from the Sadness series) of a friend’s decline from youthful health to death, relocates this scrutiny of someone else into uncomfortable territory and the role of the photograph away from a neutral agent just recording things as they are to a peephole on others’ lives. In this space we get to ‘own’ them for a while and join the photographer in remembering them a little. In a hundred years, these photographs are likely to be looking at others like us while the visual traces of who we once were are lost in cyberspace – along with trillions of others.