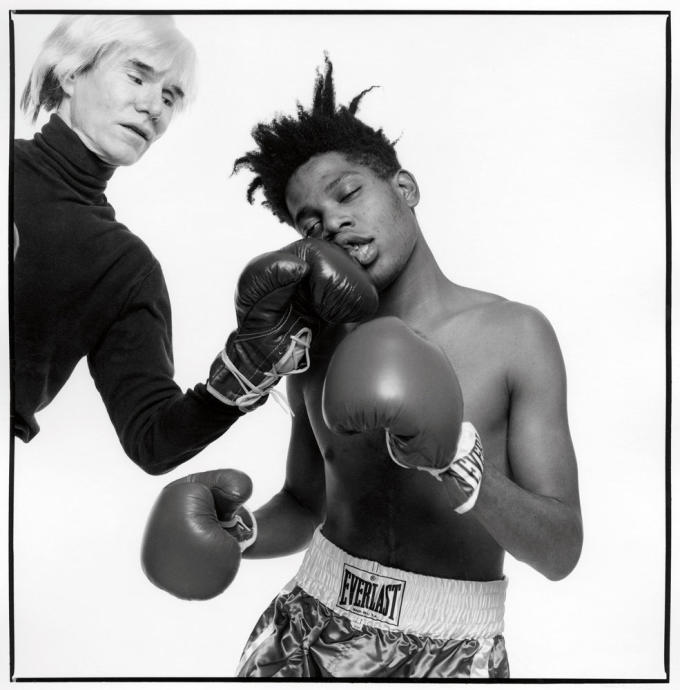 Michael Halsband has been photographing pop cultural idols for over three decades. In 1985, he captured the iconic black-and-white portrait series of Jean-Michel Basquiat and Andy Warhol wearing Everlast shorts and boxing gloves.

The striking images have been frequently appropriated by other artists. In October of last year, Eduardo Kobra painted a huge colorful version of the portrait in Williamsburg, Brooklyn.

For the next three weeks, more than 50 of Halsband’s works will be exhibited at the National Arts Center in New York City. The show will include two new portraits from the Basquiat and Warhol boxing shoot.

The New York photographer is currently working on a show with writer Calvin Levels that will explore the relationship of these two legendary artists. He is also known for his work documenting bands like The Rolling Stones and surfers like Joel Tudor.

The “Halsband Portrait” exhibit will run through April 25.