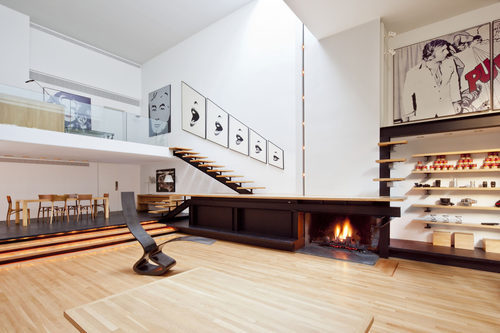 The townhouse at 101 East 63rd Street has a very cool history, as detailed in a 2011 Wall Street Journal article—it was converted in the 1960s by famous architect Paul Rudolph from a carriage house into an open, modern townhouse, and later became well known as the home of famous designer Halston, who threw lavish celebrity-filled parties there attended by the likes of Andy Warhol. It was later owned by German photographer/international playboy/husband of Bridget Bardot Gunter Sachs, and the top-floor suite was occupied intermittently by Liza Minnelli and Bianca Jagger. Despite the star-studded history (and the fact that it’s the only complete Paul Rudolph house in New York City) the house failed to find a buyer when it was listed in 2011 for $38.5 million, and has now returned with an even higher ask: $40 million.