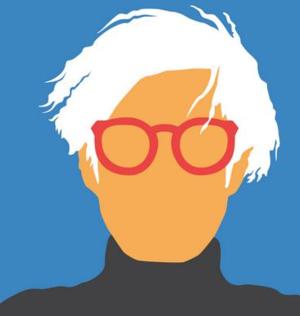 Andy Warhol famously declared, “in the future, everyone will be world-famous for 15 minutes.” ANDY: A Popera promises to make audience members famous for 15 seconds. From September 10-20, 2015, Opera Philadelphia and Bearded Ladies Cabaret place the pop-art icon and his concept of fame at the center of a World Premiere mashup of opera and cabaret, in a collaboration described as “strange, smart and entertaining” by the Philadelphia Inquirer and “brave and intriguing” byPhiladelphia City Paper. Drawing from the life and work of Warhol, the Popera puts singing soup cans, Marilyns, and a randy banana on stage with contemporary versions of Warhol Superstars like actress Candy Darling and socialite Edie Sedgwick, his mother Julia Warhola, and feminist writer and would-be assassin Valerie Solanas. The site-specific work by composers Heath Allen and Dan Visconti, with a libretto by John Jarboe, explores what Warhol has become today and asks, “What happens when a man becomes a brand?”

ANDY: A Popera transforms a Kensington warehouse into a fabulous den of pop iconography and absurdity for eight performances presented in conjunction with the 2015 Fringe Festival as part of Neighborhood Fringe. Tickets go on sale on Monday, Aug. 3, and are available at 215.732.8400, operaphila.org, and fringearts.com. ANDY: A Popera has been generously supported by a grant from the John S. and James L. Knight Foundation.

The adventurous cabaret/opera hybrid has evolved through a unique, three-stage public creative process. The project’s first stage debuted in May 2014 with short pop-up performances in venues all over the city, including the Philadelphia Museum of Art. The unannounced pop-ups informed a second-stage cabaret residency at The Wilma Theater in July 2014, which yielded valuable insights into the work that informed its development to the final Popera stage.

The Bearded Ladies Cabaret is a troupe of artists who insist that art can be both intellectual and accessible, both entertaining and meaningful. Through cabaret, they tackle ideas about popular culture, sex, gender, and artistic invention. “ANDY constitutes a radical and new collaboration both in form and process. It’s a collision between the devising sensibilities of The Bearded Ladies and the epic sweep and power of the opera world,” said Bearded Ladies Artistic Director John Jarboe, who wrote the libretto and directs ANDY. “It feels like an apt collaboration for dealing with an artist as un-dismissible and experimental as Warhol. He dangerously blurred the lines between the high and low, between the art world and the commercial world. We are blurring our own lines with ANDY. We are telling the story of a boy who becomes a brand. It is not about Warhol’s life. It is about the Warhol that is very much alive today not only in the art world but also in our daily routines of posting and filtering and self-framing.”

“By combining the collaborative rehearsal and creation process of devised theater with the compositional rigor of classical opera,ANDY combines both influences into something new and promising,” said Dan Visconti, a composer whose music has been described as “a cheerful and colorful assault on the senses” by the New York Times. “So much of what fascinates me about Warhol’s life and work has to do with the contrast-and strange link-between the ubiquitous and the special, the mass-produced and the handmade. The new show grapples with this profound issue and others while also keeping the wacky, surreal, and experimental flavor that came to define Warhol’s world. Ultimately, the show will make audiences think about the way that Warhol embraced image and branding so as to engage our present day cult of social media, where the dream of fame and the ability to control and craft one’s image have proceeded beyond Warhol’s wildest fantasies.”

“I have tried to create a music that reflects both the profound simplicity in Warhol’s art and the crazy complexity in Warhol’s world,” said Heath Allen, an “extremely talented” (NPR) composer whose music is “raucously invigorating” (Philadelphia City Paper). “Using cabaret and opera voices, and both classical and rock sensibilities, my goal has been to find a singular musical style that incorporates completely contradictory elements. Above all, I want the audience to laugh-this is opera buffa-and leave plenty of unanswered questions floating in the soup.”

Unanswered questions have been the hallmark of the show’s artistic process, which is part of what drew Knight Foundation’s interest.

“With ANDY, both the Bearded Ladies Cabaret and Opera Philadelphia have fully committed to experimenting and have made friends with the unknown,” said Victoria Rogers, Knight Foundation’s vice president for arts. “That energy is fueling the artistic process, and we hope that these two very different groups coming together will push the limits for both of them and result in a production that engages and expands their audiences.”

The Popera combines the talents of a diverse group of performers, including resident Beards, Opera Philadelphia chorus members, and special guest stars. Mary Tuomanen, a playwright, director, and performer “who’s serious about taking art to the next level” (Philadelphia Magazine) stars as Andrei. Tuomanen, whose one-woman show Hello! Sadness! was staged at the Kimmel Center in June, has worked with several Philadelphia collectives dedicated to devising work with what she calls “the collective mind”-combining ideas to solve a given artistic problem in creative and visually interesting ways. The “excellent” (Talkin Broadway) Malgorzata Kasprzycka, who collaborated with Tuomanen on the 2014 Fringe show The Body Lautrec, portrays Andrei’s mother, Julia. The “outstanding” (Philadelphia Inquirer) Kristen Bailey is Edie. Kristen is a proud member of the Bearded Ladies and Applied Mechanics. She has pursued her own education in experimental theatre by apprenticing with inspiring theatre artists like Lucidity Suitcase International, Pig Iron, Elastic Theatre Company, and Makoto Hirano. Scott McPheeters, a singer and dancer who has performed with Nichole Canuoso Dance Company and Headlong Dance Theater, is Candy, while Kate Raines, whose “brave, naked performance” (the Philadelphia Inquirer) was a highlight of The Body Lautrec, portrays Valerie. Sean Lally, “an honest performer” (Geekadelphia) who contributed to the libretto, portrays Joe.

Their talents combine with the “rich sound” (the Baltimore Sun) of 12 members of the Opera Philadelphia Chorus, a troupe renowned for its work in music ranging from Verdi and Mozart to Ricky Ian Gordon and Osvaldo Golijov, under chorus masterElizabeth Braden.