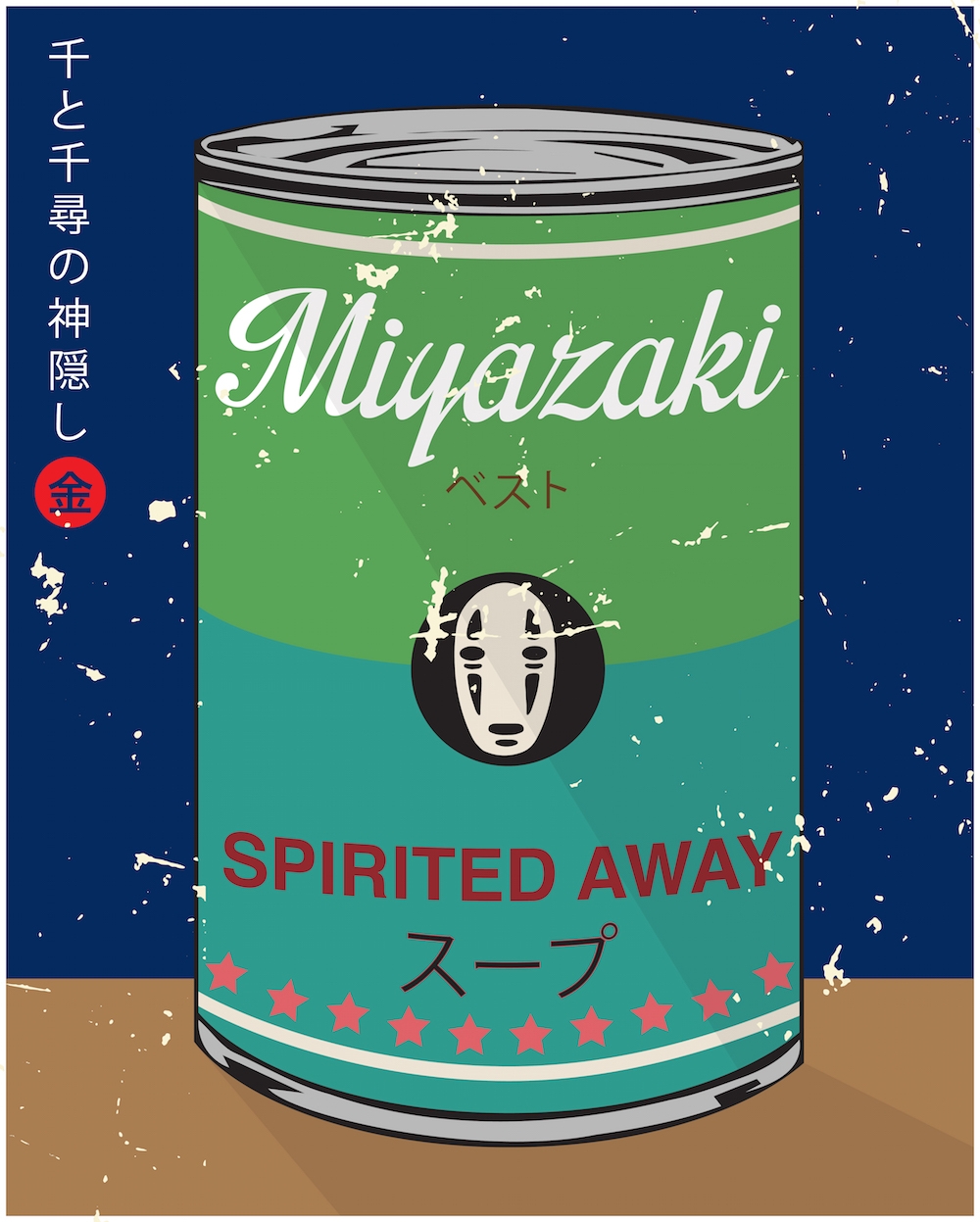 Andy Warhol’s childhood was defined by Campbell’s soup. “I used to drink it. I used to have the same lunch every day, for 20 years, I guess, the same thing over and over again,” he once said. This fixation eventually resulted in his iconic 1962 series, Campbell’s Soup Cans. Had he been born half a century later, he might have had a different childhood fixation: the films of Hayao Miyazaki, almost universally lauded by audiences young and old throughout the world. Brazilian-Korean designer Hyo Taek Kim imagines this product in his new body of work, Miyazaki – Special Soup Series, which fuses the cans with color-coded labels representing Kiki’s Delivery Service, Howl’s Moving Castle, and the unintentionally delicious-sounding Porco Rosso.

Kim, whose chromatic dissection of Miyazaki’s work has been shared all over the internet last year, has been imagining new ways to process the Studio Ghibli founder’s technique ever since. “I wanted Campbell’s Soup pieces on my wall, but without the whole branding and everything else,” he tells The Creators Project. “That’s when I decided to design my own soup collection with Miyazaki.”

The concept seems simple, but finding the exact right color palette and iconography to convey instant recognition of each film is easier said than done. “Simple design that works is always so much harder to create than you might expect,” Kim says. But it was worth it. He continues, “It’s just very fun to marry two ideas, artists and/or concepts into one big image.” When asked why the two artists made sense to combine, Kim simply says, “Andy Warhol changed the world of physical arts. Hayao Miyazaki changed the world of animated arts.”