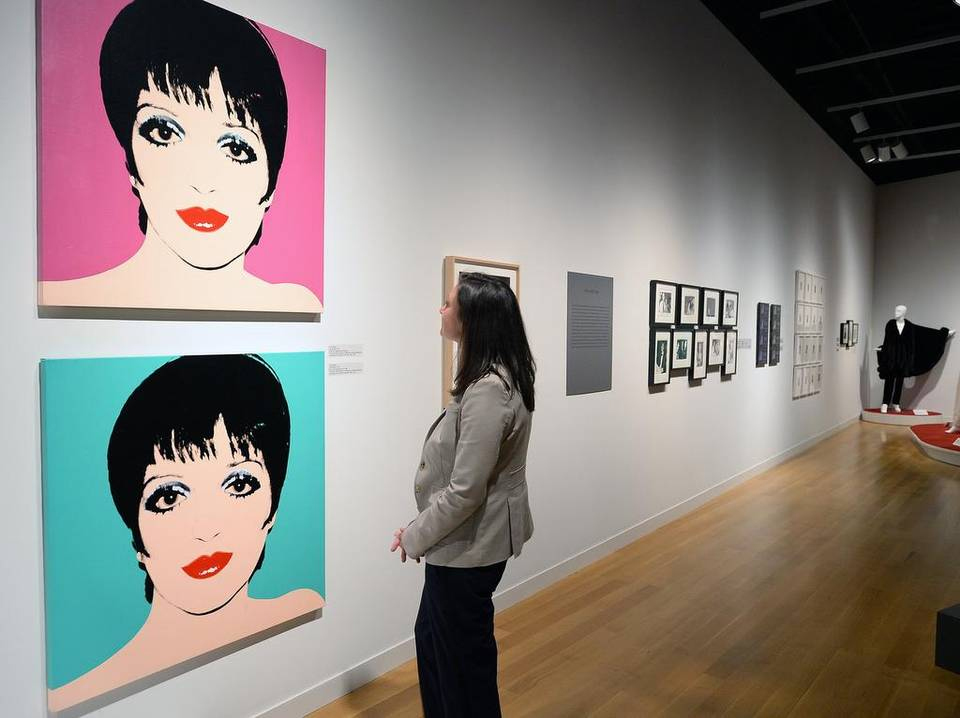 If you think the current exhibitions at Charlotte’s Mint Museum Uptown are of no interest to the style-impaired, you’re wrong.

These shows may be about fashion and adornment, but they also dig deeper, examining the intersection of art and self, looking at how we communicate who we are by the way we present ourselves.

“Body Embellishment,” with its tattoos, nail art, unconventional jewelry and groundbreaking fashion, and “Halston and Warhol: Silver and Suede,” which honors two pop culture stars, are wildly different, but have something crucial in common.

They remind us that standards of style and behavior are often arbitrary and can shift quickly.

Traditionalists may be put off by some of the work in “Body Embellishment.” But the work in “Halston and Warhol,” much of it trailblazing in its day, is not only mainstream, but also evokes a sense of nostalgia.

From street to museum

“Body Embellishment,” curated by the Mint’s Annie Carlano, features contemporary work, but has the feel of an anthropology exhibition.

This is especially true of the tattoo section. Photographs of elaborate tattoos are accompanied by text explaining the varied traditions influencing the artists, ranging from Freddy Negrete, whose work was disparaged as “prison-style,” to Filip Leu, whose full color body suits are inspired by 500-year-old Japanese tradition.

Commanding lots of space is the celebrated fashion collective threeASFOUR – Adi Gil of Israel, Angela Donhauser of Tajikistan and Gabriel Asfour of Lebanon.

Their work is inspired by nature and a yearning for unity, as in their 2012 spring collection combining Jewish and Islamic symbols.

ThreeASFOUR fashions are more likely to be seen in a gallery than on a runway.

The Topographic Collection was introduced via a “virtual catwalk.” At the Mint, this dazzling fractal video is projected on a large scrim, which also functions as a wall – behind the scrim, as if in their own gallery, are items from three collections that combine traditional and contemporary techniques, including origami pleating, 3D printing and laser cutting.

Roy Halston Frowick and Andy Warhol, for all of their hanging out with celebrities and being celebrities, were egalitarian in their tastes, embracing culture high and low as they created deceptively simple work.

In Charlotte, we get a sanitized version of Warhol – the weird wig, the Campbell’s Soup can, the 15 minutes of fame, the multi-panel self-portraits your kids bring home from summer art camp. So it’s refreshing that this show is less about Warhol and more about Halston.

There’s still plenty of Warhol – bold images of Liza, Liz and Jackie, illustrations from early in his career, and selections from the stunning amount of ephemera he collected for his Time Capsules – a Studio 54 guest pass, singing telegrams, vacation photos and other evidence of his friendship with Halston.

But at the heart of the exhibition are Halston’s designs – dozens of garments including Ultrasuede shirtdresses, shimmering gowns and items that were innovative for their combination of comfort and glamour. Halston’s work ranged from Jackie Kennedy’s pillbox hat to his disastrous 1982 Halston III line for J.C. Penney, which contributed to his professional downfall.

This exhibition, co-curated by Halston’s niece Lesley Frowick, is loving but honest, highlighting the time when Halston was in creative control of his company, before multiple acquisitions and bad decisions diluted his power.