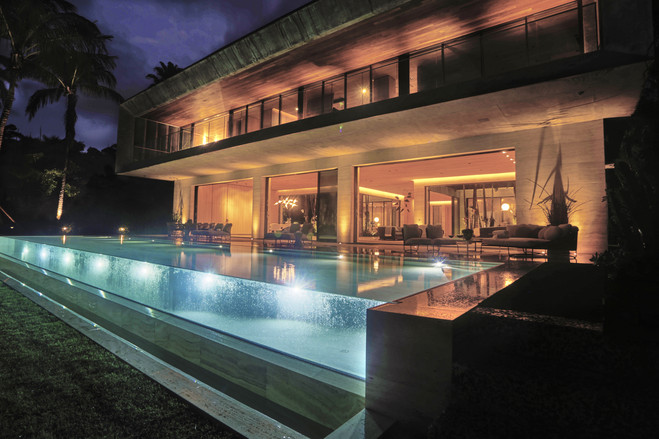 A Miami-area spec home asking $43 million comes with its own vintage Jaguar, yacht and an Andy Warhol silk screen.

In Bal Harbour, Fla., the newly completed, waterfront home has seven bedrooms plus staff quarters in its roughly 13,800 square feet. Its amenities include a bay-front infinity pool, a private dock and a roof deck with a Jacuzzi and a fire pit, said Oren Alexander of Douglas Elliman Real Estate, who is listing the property with his brother Tal. In addition, the home comes fully furnished, he said, with Andy Warhol’s “Unknown Woman” hanging on one wall. A 1948 Jaguar XK120 sits in the garage, and the 55-foot VanDutch yacht is docked outside.

The home has two interior courtyards, each with a koi pond, and several terraces. Facial recognition technology at the front door eliminates the need to get out your keys. “It’s very James Bond-ish,” Mr. Alexander said.

Mr. Alexander said he is developing the home with his father, Shlomy, who in 2012 set a record for a single-family house in Miami-Dade County when he sold an Indian Creek Village home for $47 million.