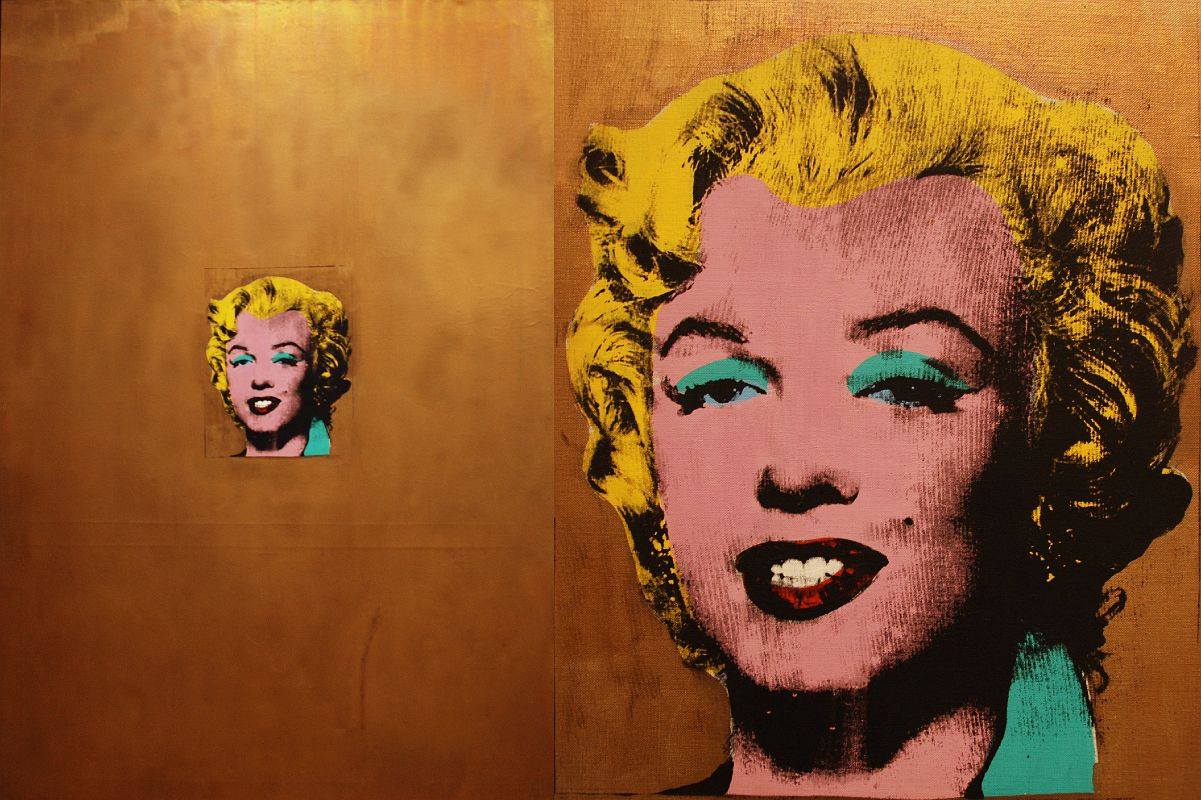 Muse and glamour queen, ‪Marilyn Monroe‬‬, captivated popular culture after her 1962 death when Warhol created his first Marilyn pieces. Coincidence? Not in the slightest.

Warhol created his famous and most recognizable Marilyn Diptych in 1962, just weeks after tabloids exploded with the announcement that the movie star had died from an alleged overdose.

The canvas is comprised of fifty images of the star, half of which are in color and the other half in black and white. The image is based off a publicity photograph taken from Monroe’s 1953 film Niagra, the film that sent her fame skyrocketing.

The Marilyns were early examples of Warhol’s use of silkscreen printing, a method the artist experimented with.

As Warhol recalled, “In August ’62, I started doing silkscreens. I wanted something stronger that gave more of an assembly line effect. With silkscreening you pick a photograph, blow it up, transfer it in glue onto silk, and then roll ink across it so the ink goes through the silk but not through the glue. That way you get the same image, slightly different each time. It was all so simple quick and chancy. I was thrilled with it. When Marilyn Monroe happened to die that month, I got the idea to make screens of her beautiful face the first Marilyns.”

Warhol’s trademark use of repetition mimics and exaggerates the hyper-sensationalist element of American media, a concept that could not have been more relevant than during that time.

Warhol continued on to create several more portraits of Monroe, including a portfolio of ten different prints, which he published in 1967. Since then, Marliyn has become one of the most widely recognized figures of American Pop Culture, with much help from our dear Andy…