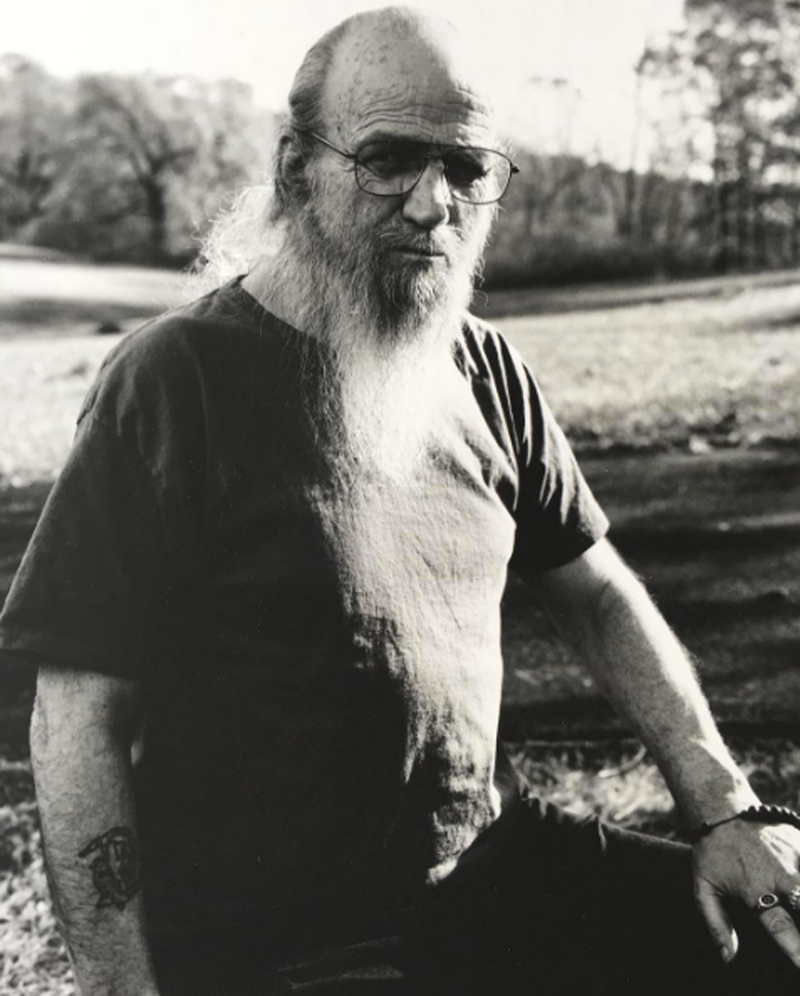 Billy Name, the primary architect, foreman, and archivist at Andy Warhol’s Factory, and a photographer who used his camera to immortalize its denizens, has died at 76. His death was confirmed by his agent and publisher Dagon James.

“It is with great sadness that I announce the passing of William Linich,” James said in a statement earlier today. “To the world he was Billy Name. To me he was just Billy, a kind soul, a beautiful artist, and one of the best friends I will ever know in this life.”

To look through the snapshots taken by Name in the 1960s is to dive into the epicenter of the Pop art scene in New York, as he chronicled the rise of Andy Warhol from artist to the avatar of an art movement—the shifting of his studio from the place where he made silkscreens to the bustling creative hub known as The Factory. His photographs of Warhol’s “superstars” made that moniker real, and the covers he designed for The Velvet Underground’s classic albums—White Light/White Heat, The Velvet Underground, and the gatefold sleeve to The Velvet Underground and Nico—are all iconic.

In 2001, the U.S. Postal Service released a stamp featuring a photo of Andy Warhol taken by Name.

After fleeing a dull upbringing in Poughkeepsie, New York, and settling into downtown Manhattan’s hotbed of bohemia—where he met Yoko Ono and John Cage at Fluxus events, and collaborated with La Monte Young in one of his drone performances—he met Warhol fleetingly at Serendipity 3, the fancy dessert joint where he was a waiter, and then later through his mentor Ray Johnson, who brought Name to Brooklyn Academy of Music. Name and Warhol became lovers. “We’d go to movies or art openings,” Name told Glenn O’Brien in Interview. “I was sort of like Andy’s boyfriend.”

Once Warhol saw how Name had tricked out his Alphabet City apartment in all silver, he asked him to come do the same to the Factory, which was then on 47th Street—silver foil from floor to ceiling, silver spray paint over everything.

“In 1962 or ’63 I had a hair-cutting party at my apartment, where the entire interior was silver,” Name told the New Yorker‘s website in 2012. “Andy came and loved it so much that he asked me to do the same thing at his new loft. I began installing foil, and it took so long I finally asked for keys so that I could come up anytime. Eventually, I just moved in, and I lived there from about 1964 to 1970.”

He soon became a jack-of-all-trades at the Factory, helping Warhol with silkscreens and arranging appointments. When Warhol started getting into film, he hipped Name to the pleasures of taking pictures, a hobby that lead him to produce dozens of indelible images of the era’s towering figures: Bob Dylan, Edie Sedgwick, Lou Reed, Nico, Jane Holzer.

“Andy decided he was going to make movies, and he gave me his Pentax,” he said in the New Yorker interview. “I got a manual for the camera and set up a darkroom in the Factory. It was so joyous! Really, the joyous part just overshadowed all the work. I was an artist before I worked with Andy, and while I was at the Factory I took photographs mostly for artistic purposes, but over time they’ve became more of an historical record of the time.”

Name obsessed over his photography, spending hours in the darkroom without any human interaction. In his diaries, Warhol noted, dryly, that Name lived in the Factory, but no one ever saw him.

“People would ask Andy where I was, and he would tell them I was in the darkroom out back, and Paul Morrissey would joke, ‘Oh yeah, he hasn’t been out of there for two years now,’” Name told the website Civilian Global.

Despite his obsessive work, the photographs were not recognized for their importance until decades later, and in 1970—two years after Name found Warhol in a pool of his own blood, shot by Valerie Solanas, and went to cradle him in his arms—he left a note for Warhol on the door of his darkroom in the Factory: “Dear Andy, I am not here any more, but I am fine. With love, Billy.”

He had left for Washington, D.C., and then San Francisco, where he traveled and performed his poetry, but in time the world would come to treasure the images he had created in the Factory. In 1995, Gavin Brown’s Enterprise had a breakthrough Billy Name show at its space at 558 Broome Street: over 50 of the black-and-white images that Name had slaved over, a definitive portrait of a New York that had, by the mid-’90s, all but disappeared. More retrospective shows followed, as the Andy Warhol Museum in Pittsburgh acquired a number of his works, and his photographs appeared in Warhol exhibitions around the world.

In recent years, Milk Studios staged a large show of Name’s photographs in conjunction with a publication called Billy Name: The Silver Age in 2014, and that year the Metropolitan Museum of Art’s store displayed work by Name to coincide with the institution’s “Regarding Warhol” show.

At the time of his death, Name was residing in an assisted living home upstate on the Hudson. In 2012, he was named Duchess County’s “artist of the year.”

“I never would have expected it,” he said of the honor. “I’m 72 years old. It was a wonderful thing to happen.”