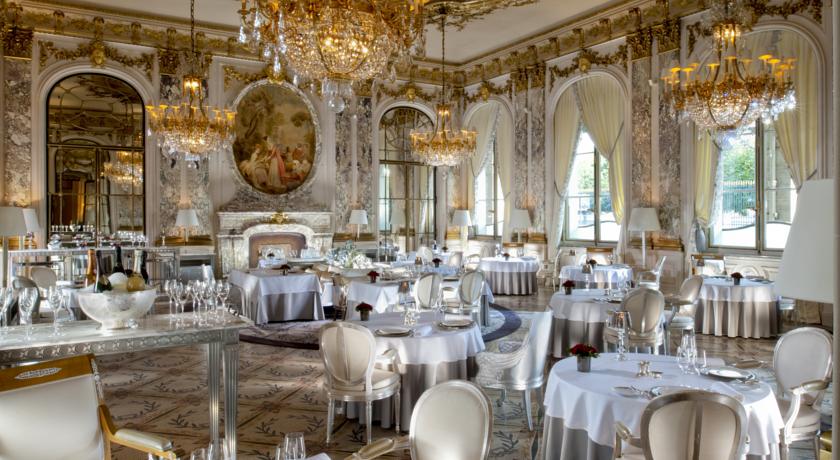 In light of the Andy Warhol exhibition, ‘Warhol Unlimited’, taking place from 2 October 2015 to 7 February 2016, Dorchester Collection’s Le Meurice is paying homage to the acclaimed artist with a special ‘Pop Art’ package.
Centrally located opposite the Tuileries Gardens, Le Meurice promises a world of refinement, culture and artistic innovation, having been at the heart of French history and ‘art de vivre’ since 1835. Salvador Dali, Coco Chanel, Pablo Picasso, Jean Cocteau and Andy Warhol are among the few artists who have resided or found artistic inspiration at Le Meurice.

A leading figure in the visual art movement known as pop art, Andy Warhol openly explored images from popular culture and the relationship between artistic expression and advertisement that flourished by the 1960s. He was fascinated by consumerism and the cultural habits in the United States at that time. As an example, in 1962, Warhol was filmed unwrapping and eating a hamburger for over four minutes before saying: ‘My name is Andy Warhol and I just finished eating a hamburger’.

With this in mind, Le Meurice’s chef Christophe Saintagne has decided to revisit the traditional hamburger with a French twist using locally sourced produce. Priced at €42, the hamburger is available through the in-room dining service, à la carte at Le Dalí Restaurant and at Bar 228. Pastry chef Cédric Grolet has also drawn inspiration from Warhol’s artistic vision to create a mini collection of four choux pastries with a range of bright colours; these include lemon and mint flavours, honey and tarragon, chestnut and blackcurrant, and smoked pear. Served at Le Dalí Restaurant, the pastries are priced at €16.

The ‘Pop Art’ package at Le Meurice is available from 2 October 2015 to 7 February 2016. Starting from €1,040 for a superior room, the package includes:
• A minimum of one night for two people
• American breakfast
• A lunch or a dinner, including the hamburger and ‘Pop Art’ choux pastries
• Two skip the queue tickets for ‘Warhol Unlimited’ at the National Museum of Modern Art
• A catalogue from the exhibition

The ‘Warhol Unlimited’ exhibition at the National Museum of Modern Art in Paris will bring the ‘Shadows’ series (1978-1979) to Europe for the first time.