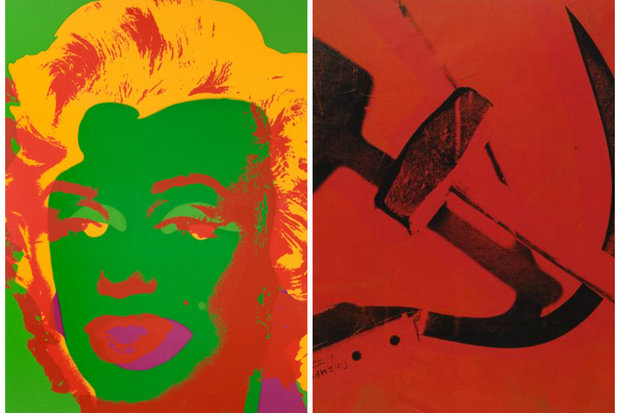 Iconic and eye-popping artwork from Andy Warhol’s later years, like “Skulls,” “Hammer and Sickle” and his “Reversals” series, will be on display at the Skarstedt art gallery, less than a mile from the artist’s former home on Lexington Avenue this fall.

But what came after those iconic pieces, are seen as masterfully executed, according to the Skarstedt gallery.

Using the themes and processes Warhol explored throughout his career, the paintings “represent a critical transition for the artist, embracing his past while simultaneously looking toward the future and establishing his lasting legacy,” the gallery said in a statement.

During the late 1970s and through the 1980s, he not only used the same processes he became known for in the 1960s, but began using different techniques to create his abstract work, like using his fingers to make the swirls in his “Ladies and Gentlemen” paintings, according to Skarstedt.

“Andy Warhol: Late Paintings” will feature 10 large-scale paintings, created between 1974 though 1987, with strong images like the hammer and sickle, knives, dollar signs and reversals of Marilyn Monroe’s face.

Warhol owned a townhome at 1342 Lexington Ave. for roughly 15 years, starting roughly in 1959, according to reports.

Skarstedt primarily features works from artists in the late 20th century who explored identity and sexual politics among other concepts across a wide-range of media.