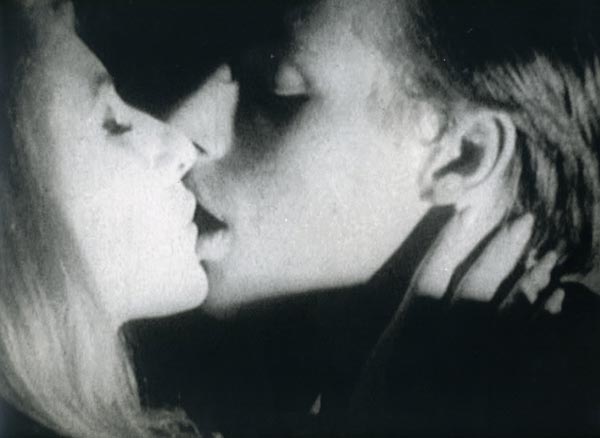 In 1963, he directed the film Kiss, a silent American experimental film directed by Andy, which runs 50 minutes and features various couples—man and woman, woman and woman, man and man—kissing for 3½ minutes each. The film features Naomi Levine, Gerard Malanga, Rufus Collins, Johnny Dodd, and Ed Sanders. This was one of the first films Andy made at the Factory in New York City.

While Andy’s canvases and prints are loaded with pop culture references and easily digestible images, his independent films reveal a much deeper, philosophical side. His film explores themes of sensuality, attachment and affection, and does so with avant-garde usage of fragmented shots that does not attempt to contribute to a cohesive narrative. Something to think about, for sure.