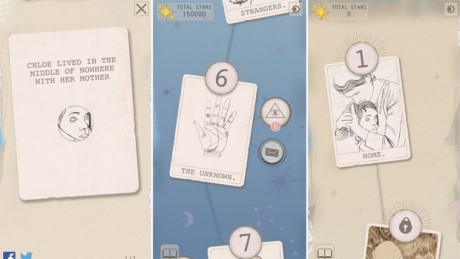 Silverpoint is an iOS sort-of-game that’s been co-developed by gonzo theatre group Punchdrunk and digital content creator Somethin’ Else, one that has you collecting stars and generally messing around in abstract environments inspired by Warhol artworks.

The app is described on iTunes as being a “digital R&D experiment,” one that has its users trying to piece together disparate clues in their hunt for a missing person called Chloe. It’s basically a vodka advert underneath it all though, with Absolut getting it made to promote the Andy Warhol Limited Edition bottle it’s got coming out soon to further glamorise and encourage alcohol consumption among young adults, but still.

It’s free and has some good feedback and Punchdrunk productions are usually enjoyably bonkers, so there’s no harm in giving the app ten minutes of your day, especially if it’s only work time you’d be wasting by listlessly looking at your phone hoping something interesting might happen anyway.