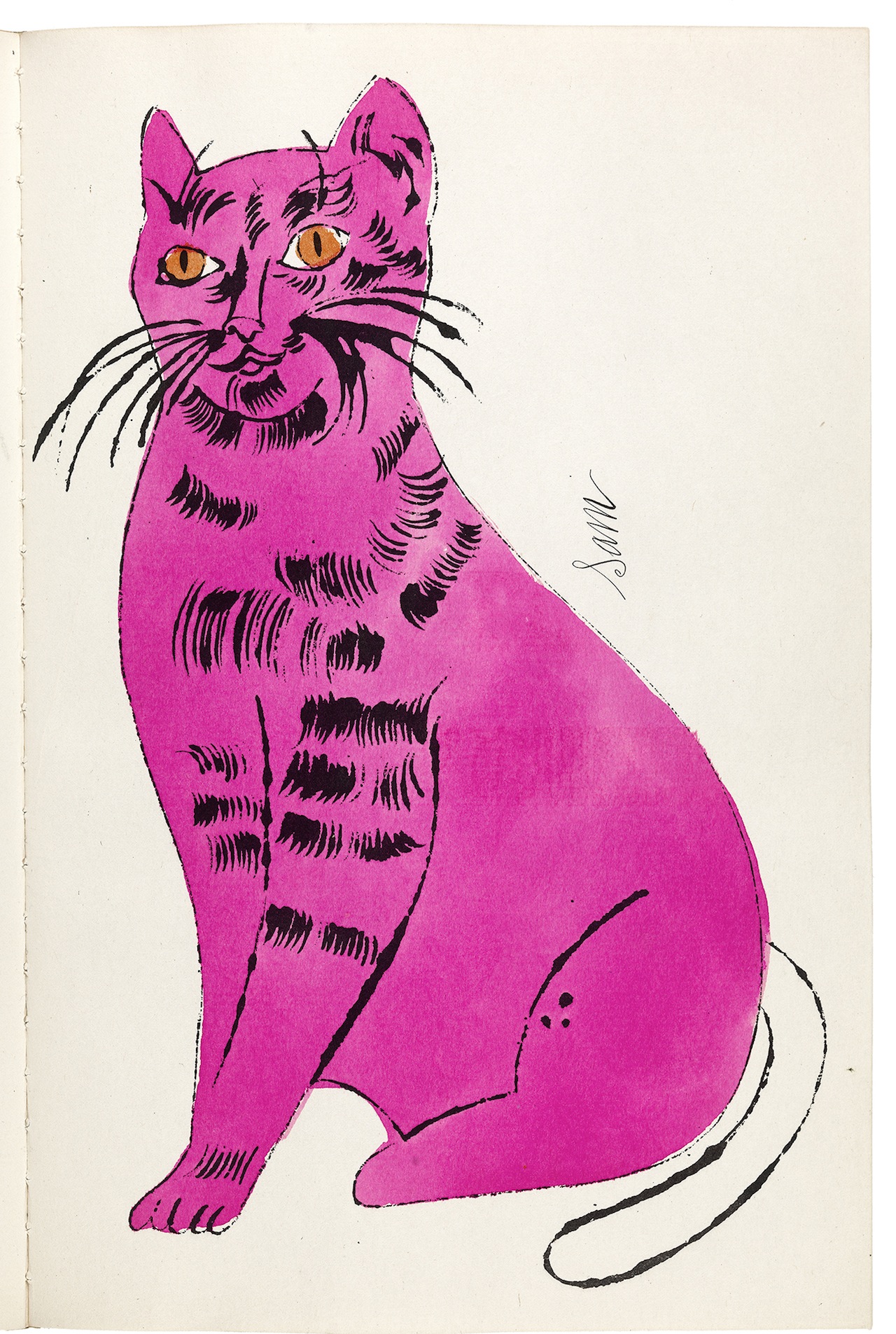 It’s strange to picture Andy Warhol curled up with a novel, but the eccentric pop artist “lived and breathed” books, according to Warhol by the Book at the Williams College Museum of Art, the first US museum exhibition to explore the literary side of his practice.

Warhol’s Manhattan apartment brimmed with tomes on natural history, science, and poetry, as well as celebrity biographies, dieting manuals, and college textbooks that he filled with caricatures of classmates and teachers. “There are also some underlined passages in it, so he wasn’t daydreaming all the time,” curator Matt Wrbican told Hyperallergic.

More importantly, Warhol loved to make books. He created more than 80 during his career — a mix of self-published artist’s books, children’s stories, and mass-market projects that doesn’t even include the hundreds he assembled from Polaroid photos. “I don’t believe any artist of his generation produced work for so many books,” Wrbican said.

Many of those included in the show capture his cheeky sense of humor. Wild Raspberries, self-published in 1959 and co-written by Suzi Frankfurt (whom Warhol called “Suzi Hotdog”), satirizes French cookbooks by offering up gourmet dishes like “Omelet Greta Garbo” and “Salade de Alf Landon.”

Other books show his changing sensibility, like the six volumes in the Best in Children’s Books series (1957–61), which are filled with line drawings — the bridge between the cutesy fairies of his 1950s work and his early Pop paintings. “The drawings have the look of TV cartoons of the time, which he probably watched (especially when his nieces and nephews were visiting) and could have got him thinking about mining pop culture for bigger things,” Wrbican explained.

Books were also a far-reaching medium through which the former Madison Avenue lackey could promote his image. A paperback copy of what Wrbican calls his “masterpiece” — the 50-page Andy Warhol’s Index (Book) — cost just $4.95 when it was published in 1967 (the hardback was $12.95). “It has everything, or so it seems: audio on a Flexi Disc, pop-ups of a castle, a pop Hunt’s tomato paste can, the profile of Bob Dylan’s nose in a triple gatefold (parodying Milton Glaser’s iconic poster), and even an object that would’ve literally popped right out of the book at you (thanks to a rubber band),” Wrbican enthused. “It was one of the heights, I think, of interactive book design of the 20th century.”

In some ways, you might even say Warhol’s publishing forays were the ultimate realization of his artistic aims. If his silkscreens took ordinary objects like soup cans and elevated them to the status of high art, his books made that art accessible to the masses. Anyone could buy one.