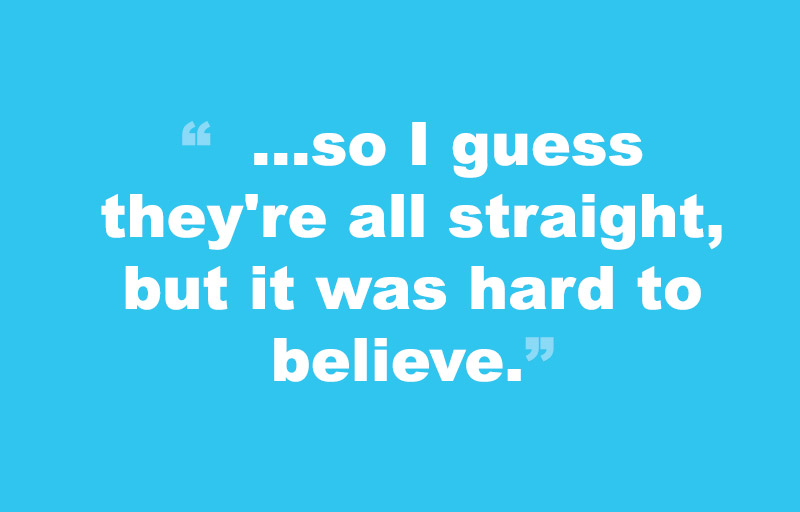 …so I guess they’re all straight, but it was hard to believe.” – Andy Warhol

“Duran Duran are good-looking kids like Maxwell Caulfield. And then afterwards they wanted to meet me so we went backstage and I told them how great they were. They all wore lots of makeup but they had their girlfriend with them from England, pretty girls, so I guess they’re all straight, but it was hard to believe. We went to Studio 54 in their white limo and Steve Rubell was really nice to them. He took them to the booth and gave them drinks.”

Andy Warhol had many friends who were musicians, and he always kept up with the latest music and art trends in the 1980’s. Here is an image of Warhol meeting the band Duran Duran after attending their concert. 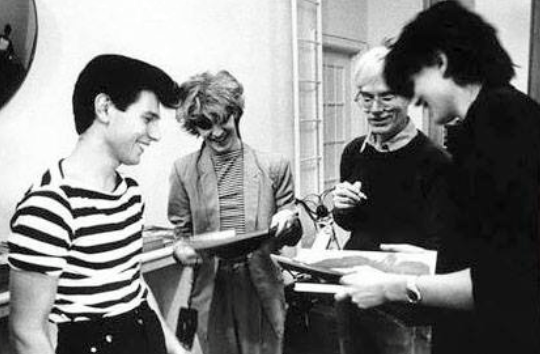