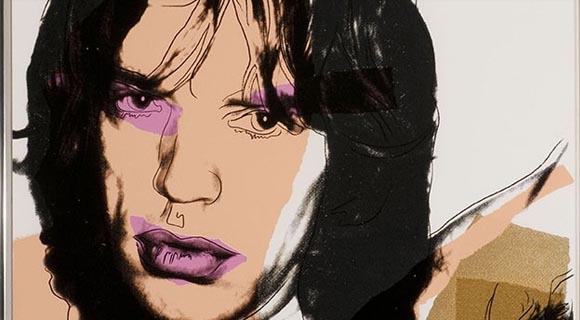 “Pop Art in America” will open a three-month run on Saturday, May 30, at Florida Institute of Technology’s Foosaner Art Museum, showcasing works from Andy Warhol, Robert Indiana, Roy Lichtenstein and other icons of the influential 1960s-era movement.

The exhibition is organized by the NSU Art Museum Fort Lauderdale.

“Pop Art in America” will be complemented by works from the Foosaner’s permanent collection featured in a secondary exhibition, “Pop Artists and Friends.”

Pop Art was the dominant avant-garde style in the late 1960s. Drawing from consumer packaging and borrowing images from popular film and TV programs, Pop Art, with this commercial appropriation and use of bold colors, revolutionized the way we looked at and thought about art.

During the late 1950s and early 1960s, the United States experienced a period of cultural revolution.

Activists, intellectuals and artists were rethinking and reacting to the status quo. Pop artists, in marked contrast with the dominant postwar art movement Abstract Expressionism, found inspiration in the world around them, representing—and, at times, making art directly from—ordinary items, consumer goods, and mass media.

There are a series of programs related to the new exhibition:

This lecture posits that Andy Warhol’s version of Pop Art explored a cultural egalitarianism that was far too radical for most of his contemporary peers and critics. This egalitarianism challenged all aesthetic hierarchies—including those of artist, audience, subject matter and medium—and suggested that anyone and anything could become part of the creative process.

Grudin is the author of Working Class Warhol (Chicago: University of Chicago Press, forthcoming). His articles and essays have appeared in Warhol: Headlines (National Gallery, 2011), 13 Most Wanted Men: Andy Warhol and the 1964 World’s Fair (Queens Museum/Andy Warhol Museum, 2015), Oxford Art Journal and elsewhere. He has curated exhibitions on the Pictures Generation and contemporary photography, and is currently completing a book project on Warhol’s animal life.

• Every Thursday during the exhibition, 2 p.m.: docent-led family tours. Admission is free.