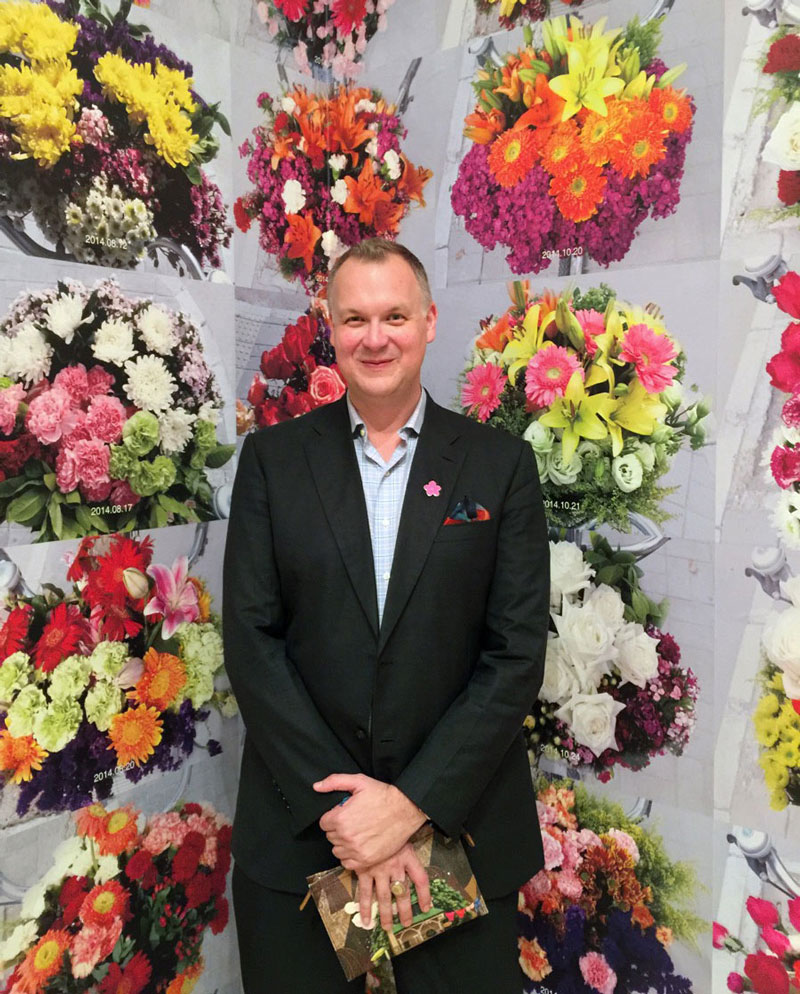 The nonprofit and for-profit continents of the art world shifted a little closer to Pangea after news broke late Thursday that Eric Shiner, the director of Pittsburgh’s Andy Warhol Museum, is leaving the institution to serve as a senior vice president of the new fine art division at Sotheby’s.

With a remit focused on private sales of 20th- and 21st-century art, Shiner will work under the division’s co-chairmen, Amy Cappellazzo and Alan Schwartzman, beginning in September. Shiner spent eight years at the Warhol Museum, the last five of them as director. He is among the first significant hires by the duo since Sotheby’s acquired Cappellazzo and Schwartzman’s consultancy firm, Art Agency, Partners (AAP), for $85 million in January.

Speaking with Artsy on Friday, Shiner cited “Amy Cappellazzo [and] her entire team” as a key reason he was moving to the auction house. “Some really dynamic and innovative things are happening right now and the idea of being a part of that is really thrilling to me,” he added.

Shiner joins Sotheby’s at a time when the major auction houses are pushing what have been their traditional bounds, responding to significant shifts in the art market landscape. The purchase of AAP was the starter-pistol in the house’s attempt to define itself as “a client-first provider of art services rather than as an auction house in our traditional understanding of the term,” as Artsy’s Alexander Forbes wrote at the time.

The company continues to look at private sales as an expansion area. According to the TEFAF report, in 2015, Sotheby’s earned $673 million from private sales, or roughly 10% of its combined private sales and auction earnings. The figure is an 8% increase over 2014, which saw private sales bringing in $625 million. As Sotheby’s jockeys with other market players for consignments, any edge it can glean in terms of intel and access to collections with highly sought-after works will be crucial. That becomes all the more so amid a cooling economic climate, where fewer guarantees are able to be given to wrest those works from collector’s vaults. Hence, Shiner.

At Sotheby’s, Shiner plans to draw on the access and experiences afforded to him during his tenure in the nonprofit world. “I’ve had the huge honor to travel around the world, promoting Warhol’s legacy in literally all corners of the globe, and I’ll be able to bring those experiences, those connections, those stories—and collections and artists and artworks that I’ve seen—all to bear,” Shiner said.

Can his experience and familiarity with the artist buck the general softening in Warhol’s market? “I certainly hope so,” he said. “I hope that my knowledge of Warhol and my stories of Warhol and my passion for Warhol will serve me and serve Warhol and his legacy at market.”

The move also indicates that the boundaries between the nonprofit and for-profit sectors of the art world—at least at the senior level—are losing what little sharpness they had. “When one thinks about what we as leaders in the nonprofit sector do, we sell ideas, we sell concepts, we raise money to make those things happen,” Shiner said. “But it is all around the narrative of art. We weave stories together to inspire thought, creativity, and change. Thinking about the auction business, it’s very much the same thing. But instead of selling concepts, one is selling an object.”

Shiner also pointed to his long history with Warhol, an artist known for undermining the business/art divide, explaining that the move was “a very natural thing for me specifically. I tend to blur those lines as well in a lot of ways.”

Along with his vast expertise and connections in the world of Warhol, Shiner brings potential inroads into Asia, where he attended graduate school. “Andy Warhol | Ai Weiwei,” currently on view at the Warhol Museum, is no doubt among the many “really dynamic shows of contemporary art here at the museum” that Shiner said will “serve me well” in his tenure at Sotheby’s.

In a statement, Cappellazzo said, “Eric has an entrepreneurial spirit that is suited for a dynamic art business. As a respected scholar, his unique background at the nexus of Asian and contemporary art will lend itself well to his new position, in which he will work closely with collectors and focus on private sales and 20th and 21st century art.”

Though some market observers noted that Sotheby’s and Cappellazzo together achieved relatively robust sales earlier this month in London without much in the way of major hires to the fine art division, the addition of Shiner to the Sotheby’s bench will likely provide her with more talent to build on that success. All the more so given that the headlines in the buildup to this year’s New York sales in May included reports of several high-profile departures from Sotheby’s, including Henry Wyndham, former chairman of Sotheby’s Europe, and Alex Rotter, former global co-head of the contemporary art department. As Sotheby’s retools, one wonders who else might follow Shiner onto Cappellazzo’s bench in the coming months.