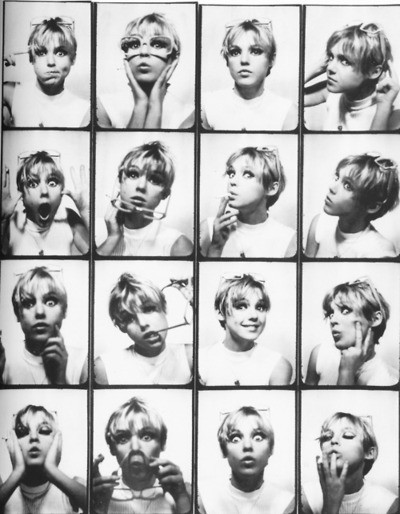 In January 1965, Edie and Andy began a platonic romance fed by mutual obsession and support. Edie loved Andy’s work and found his art to be provocative and interesting; Andy found Edie irresistible and wanted her to be in his films.

For over a year, Edie took Andy to parties and Andy brought her to premiers and galleries. He wore a silver grey wig, and she cut and bleached her hair into a boyish bob. She became an embodiment of Andy’s work as his first superstar, muse, and best friend.

Not only was Edie recognized for her fame, but also as a celebrity who was influenced by drugs. She abused speed and heroin and was known for being late, scattered and irresponsible. She wasted away her trust fund and later suffered when she was replaced within the Factory walls by new superstars in Andy’s projects.

As Andy once said, “One person in the ’60s fascinated me more than anybody I had ever known. And the fascination I experienced was probably very close to a certain kind of love.” (The Philosophy of Andy Warhol)