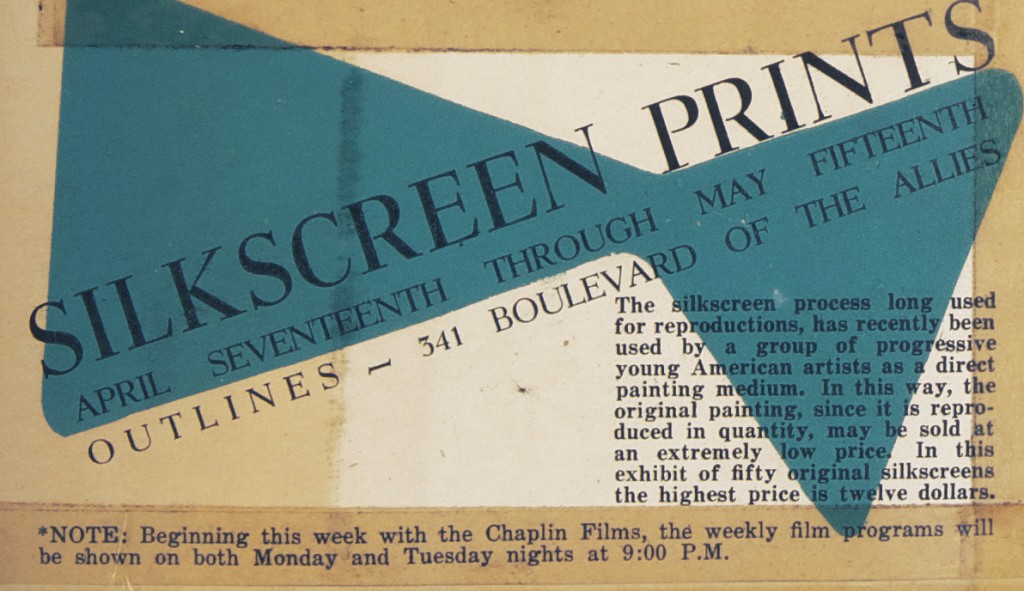 The world of Warhol studies is about to be rocked (or at least lightly tossed) by new revelations about his early exposure to avant-garde art in Pittsburgh.

A documentary by Pittsburghers Cayce Mell and Scott Sullivan, being launched at the Carnegie Museum of Art on May 21, is about to spell out the gloriously cutting-edge programming that went on in the city’s Outlines gallery, so far known more as a myth than a fact. The film unpacks a pair of scrapbooks that are all that are left of a space which, from 1941 to ’47 – the heart of Warhol’s teenagehood – hosted such radicals as John Cage, Joseph Cornell and Maya Daren, plus an endless, barely believable list of great modernists: Walter Gropius and Josef Albers, Edward Weston and Berenice Abott, even Langston Hughes and Joseph Campbell, who lectured to local worthies on James Joyce’s Finnegans Wake. Warhol could and would have seen them all. Is it any wonder that he went on to make great modern art?

As I’ve argued before, the greatness of Warhol lay as much as anything in his magical skills as a sponge, sucking up the ideas of others and spewing them out, much enhanced, as his own. But until the revelations gleaned from the new Outlines data (expect more in this space over coming weeks) who knew that his sponging began quite so early, and could wait for so long to pan out?