Home All About Andy Dinner of 20th Century Artists 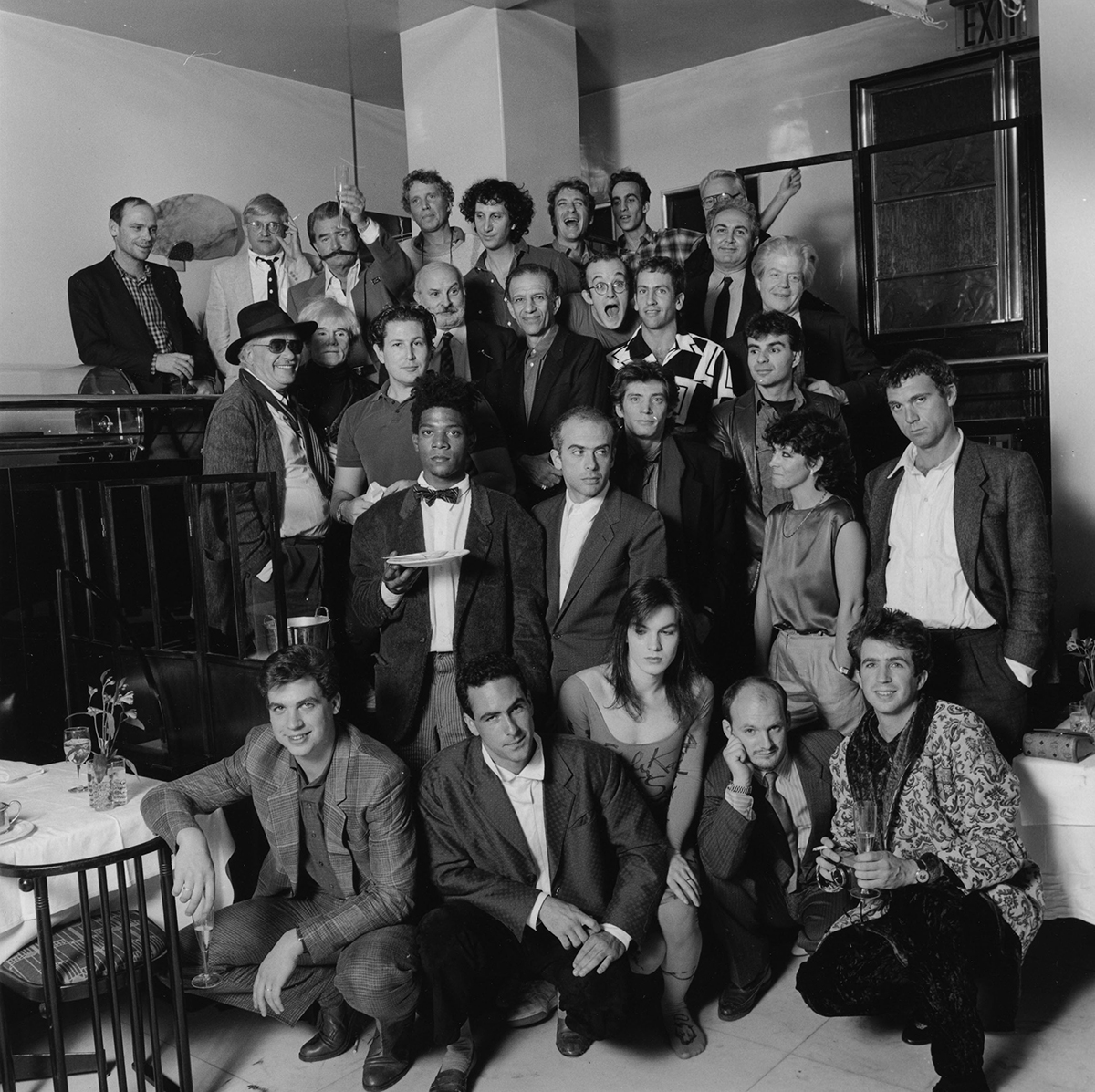 New York’s Area was a themed nightclub from 1983 to 1987 at 157 Hudson Street in Manhattan. The club changed its theme every six weeks, and, to celebrate its change, a large dinner gathering at Mr. Chow restaurant in New York brought together time-defining 20th century artists to contribute in different ways.

As said by Photographer Michael Halsband:

“This gathering was at Mr. Chow and it was to celebrate the change of a theme… I don’t know if you know anything about Area, but Area was a club down on Hudson Street, below Canal, that was a huge space and they would change the entire theme of the club every six weeks.

They had this one theme called Art and they invited all these artists to contribute to it in different ways. When you walked into the club, there was this hallway and there were these plexiglass windows like at the Museum of Natural History or something with these almost diorama-like rooms. In this particular case, Warhol was in one room photographing somebody like actually creating his own artwork in that room. They would do that. They have people painting and doing their art literally in these rooms that you could watch from behind this plexiglass.

This dinner was given for the group that showed up—Michael Heizer, David Hockney, Leroy Neiman, Dennis Oppenheim, William Wegman, John Laurie, Tony Shafrazi, Red Grooms, Kenny Scharf, Keith Haring, Alex Katz, Armand, Warhol, John Chamberlain, Julian Schnabel (who had happened to be eating there that night. He wasn’t part of it, but he stepped in) and Basquiat and Francesco Clemente, Robert Mapplethorpe, and Ronnie Cutrone, and Sandro Chia were there. I tried to talk to Jean that night, but I didn’t get very far.

He was immersed in scribbling, tagging all these books of Michael Chow. The owner of the restaurant had this book that all these artists had contributed, and Jean was going through and tagging. Jean was kind of going off on that and doing it everybody… Collaborating with everybody whether they want it or not.”