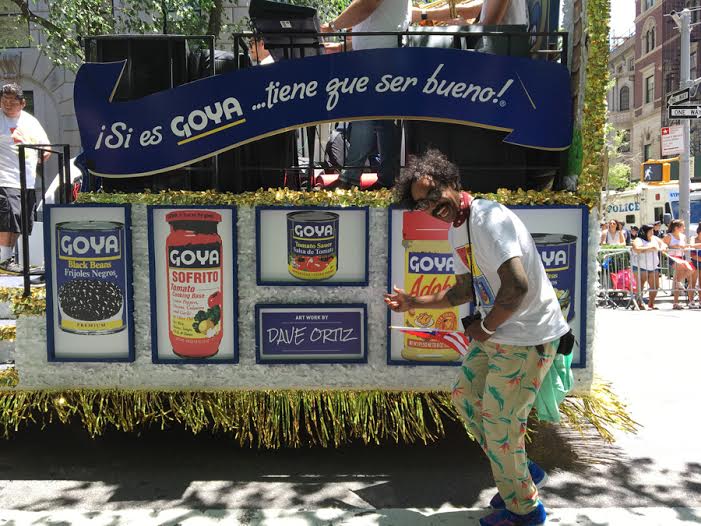 Move over Warhol soup can!

David Ortiz aims to put a Hispanic spin on the familiar Pop Art icon. Instead of Campbell’s, however, Ortiz prefers Goya, purveyors of Chick Peas, Black Beans, Adobo seasoning and other staples of Latino cuisine. In a group of 14 silkscreen prints (titled, appropriately enough, the “Goya Series”), Ortiz depicts these products and more as isolated forms against a white backdrop. Ortiz, who says he was inspired by childhood memories of fetching ingredients at the local bodega for family meals, began to create the prints during a 2015 residency at the Gowanus Print Lab. He went a bit further recently, creating an entire Goya float for this year’s Puerto Rican Day parade. For a taste of what Ortiz is cooking, feast your eyes on the following images.