Home Scoop Creativity is in the Walls: Code and Theory’s Offices Once Belonged to Warhol’s Interview Magazine 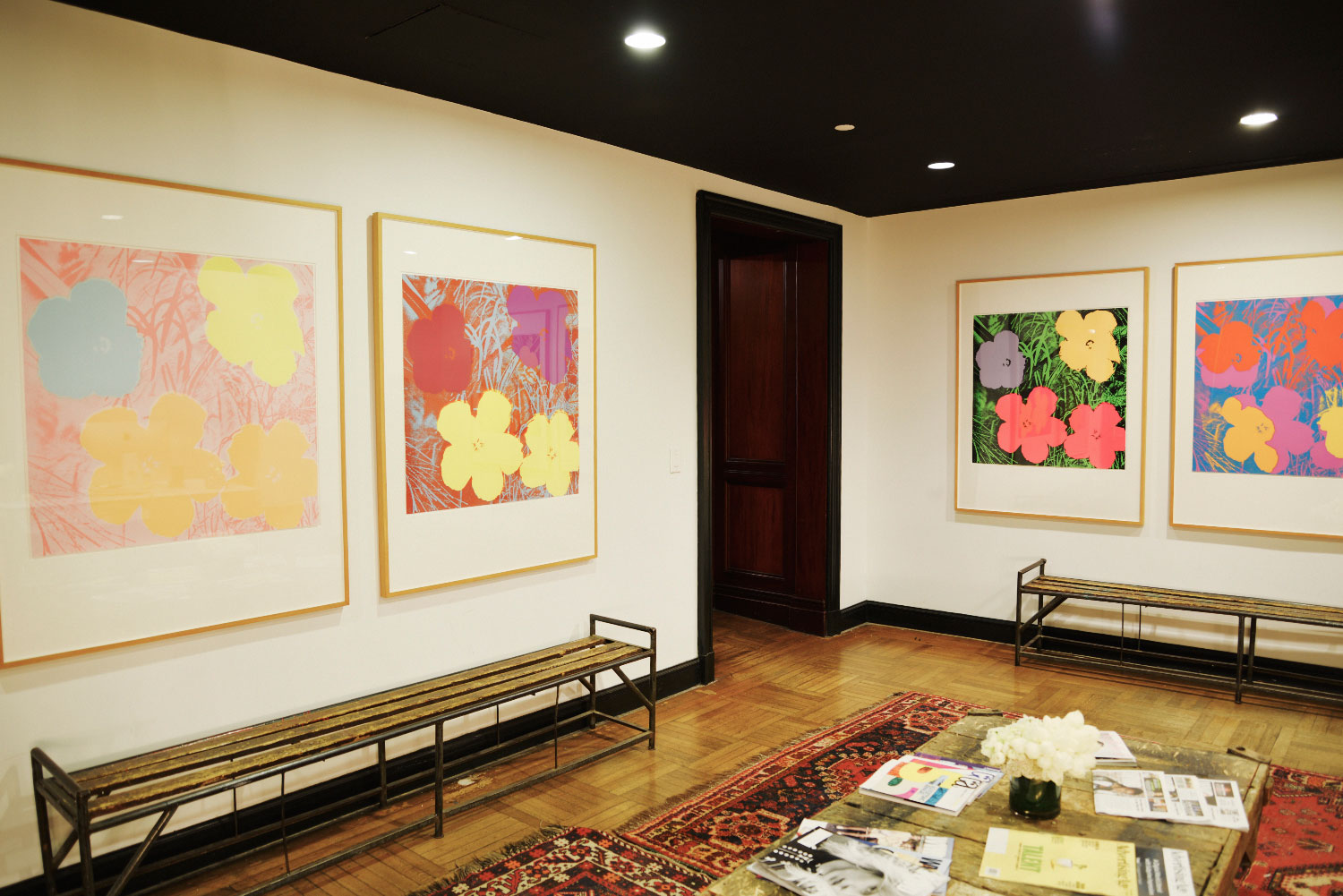 Code and Theory is dynamite at web design—particularly at redesigning news sites—which also means they’re good at gazing into the future. But the designers there work, somewhat ironically, surrounded by vestiges of ’70s-era New York: the two-story Soho office that Code and Theory calls home is where Andy Warhol’s Interview Magazine was founded. It operated there until just four years ago, when the magazine switched offices with Code and Theory. “We’ve definitely got one foot in the past and one in the future,” says Chris Hayes, a partner.

Code and Theory’s ascent to working in a 30,000 square-foot loft lined with a library of books from the Interview days has a real Horatio Algers ring to it. The design company, which now counts Burger King, Dr Pepper, Maybelline, and over 50 media outlets as clients, was founded in a bedroom on the Lower East Side of Manhattan, not long after the attacks of September 11, 2001. “Turns out, that’s a horrible time to start a company,” says Steve Baer, who runs Code and Theory’s brand design group.

No matter. The founding duo, Brandon Ralph and Dan Gardner, bootstrapped up and made their business happen anyway. “They shared a keyboard and rigged their Wi-Fi by tapping someone else’s connection,” Baer says. “I saw their first invoice. They put the number on top, and it was 300-something—they didn’t want people to know they were invoice number one. And it said ‘Website, $100.’”

Ralph and Gardner would probably be the first to admit they didn’t exactly know what they were doing then, and they’ll still admit it now—just with more swagger. “One time in a meeting Brandon said, ‘We’re experts at things we’ve never done before,’” Baer recalls. Strategically, this works well for Code and Theory. The founders never liked too much structure, seniority, or red tape, and they’ve hired more than 300 people who don’t care much for those ideals either. As it happens, without that kind of puckish disregard for authority, Code and Theory might not have landed one of their more interesting campaigns: getting Burger King to bring back Chicken Fries.

“I have a 29-year-old on my team and she runs rogue all the time,” Baer says. That strategist found, in the social media data provided by the analytics team, that Burger King fans were still talking about Chicken Fries, a one-off menu item gimmick from a few years ago. “So she went up to the Burger King CMO at lunch one day and said, ‘You’ve got to bring it back out.’”

He did. Code and Theory stoked fan excitement by designing imagery that people could use as profile pictures on Twitter or Facebook, and leaking a rumor that Chicken Fries were coming back. They even set up a few of the icons in a store during an employee training session, banking on the staff members to leak the design. That worked, too. Fans became even more fanatical, and found a whole cache of branded GIFs, Vines, and images waiting for them. It was one of the company’s biggest sales month in history.

Code and Theory has had many victories. An early one: winning Tina Brown’s trust—and business—to redesign The Daily Beast’s website. Sometime after that, Anna Wintour came calling. Code and Theory relaunched Vogue’s digital property in 2010, and then again about a year ago. Their designers have developed some daring UX features, like an endless scroll for the Los Angeles Times. In total, they’ve been in 58 newsrooms—that’s a serious CV. And still, the founders would likely count their own offices as a successful redesign. “They stressed out more on how the office should look more than anything I’ve seen in five years working with these guys,” Baer says. “I thought, ‘Oh, they’re obsessed with the office.’ But we have a lot of talented people, and we all want to feel good when we walk in the door.”