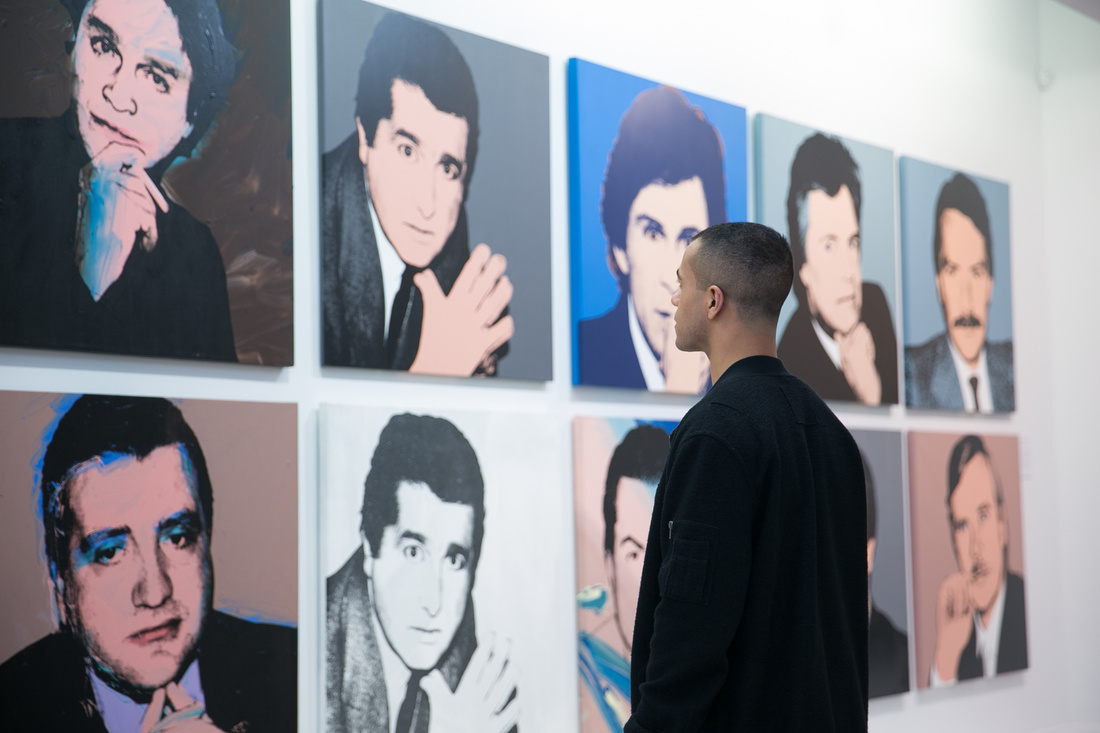 For the final months of its six-month-long, multifaceted presentation of paintings and works on paper by Pop Art icon Andy Warhol, Revolver Gallery enriches its already rich show with a new selection of works.

Helming this celebration of the artist is Warhol enthusiast and Revolver founder Ron Rivlin. He worked in partnership with the Andy Warhol Foundation, Christie’s, museums, and private collections to share the love and bring this show to a pop-up space in his native city of Toronto. “We have people from all walks of life attending, from toddlers to seniors, some knowledgeable about Warhol and others not,” he says. “With that in mind, we created an exhibition that is intended to give visitors an experience that bridges the gap between Warhol’s more identifiable works and his more esoteric works.”

Among Warhol’s most identifiable works are his series of screenprints featuring the readily recognizable, red-and-white cans of Campbell’s soup. Each composition is centered upon a single can. Taken together, they reflect the full range of the company’s flavors, like “chicken ‘n dumplings” and “scotch broth.” And if visitors bring a can of Campbell’s soup to the show on Tuesdays, they will be granted free admission, and the can will be donated to a local food bank.

In many of his works, Warhol took darker turns, as in his compositions focused on car crashes, electrical chairs, and guns. The show includes a painting of a revolver, made after the radical feminist Valerie Solanas shot the artist. “What I find to be so significant about this work is that the gun portrayed in this image is the same gun that Valerie Solanas used in her attempted murder of Warhol in 1969,” says Rivlin. “I feel that this painting was his reflection upon his brush with death.” Such weightier works reveal the range of Warhol’s concerns, in a show that ultimately celebrates his life.